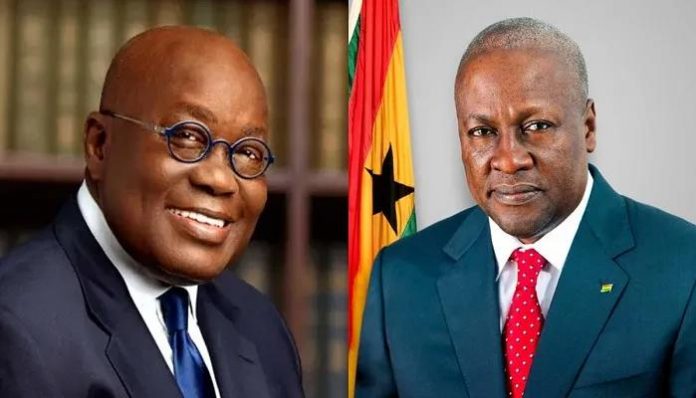 The president of the Republic of Ghana, His Excellency Nana Addo Dankwa Akufo Addo, has taken a swipe at his political detractors who have been on his neck for a while now claiming that he is just sitting on the seat for nothing because there is nothing meaningful to point out that indeed he is the one steering the affairs of the country.

The president was particularly concerned about the numerous attacks that the former president unleashed on his administration since he took over the presidency from him calling him mediocre.

According to the president, it is only those who are doing nothing for the glory of this nation to be seen, they are the very people complaining bitterly about the slow pace of development in the country.

The president intimated that, when the former president was in power, there was nothing tangible that he could prove to the Ghanaian people that such were the projects or undertakings that he brought into the lives of the citizens as a way of mitigating the negative impacts on the lives of the Ghanaian citizens in the country but the same ex-president is quick to apportion blame squarely to the doorsteps of his government for not shaping up the country fast how he desires it to be.

The former president John Dramani Mahama, has been lashing out at the performance of the current president Nana Addo Dankwa Akufo Addo describing it as shambolic and disastrous despite the varied natural minerals we have as a nation in our country Ghana.

It is clear enough to Ghanaian voters that the former president John Dramani Mahama is highly determined to return to the political limelights when the tenure of time present president is finally ended because he is saying the country is heading in the wrong direction and he is having the fortitude to transform the country from the scratch to the enviable record of higher heights to the admiration of all and sundry.

Things are not picking up the way many people are thinking of it to be because of how others are struggling economically to put food on the table for their families and loved ones due to the comatose state of the financial matters emerging in Ghana.

As the current president and the former president are both bashing fanfiction against each other, Ghanaian voters are concerned about how they move on in their lives and not people who think that they have money in their pockets already therefore they are not willing and ready to listen to whatever someone says about their leadership style of governance in the country Ghana.