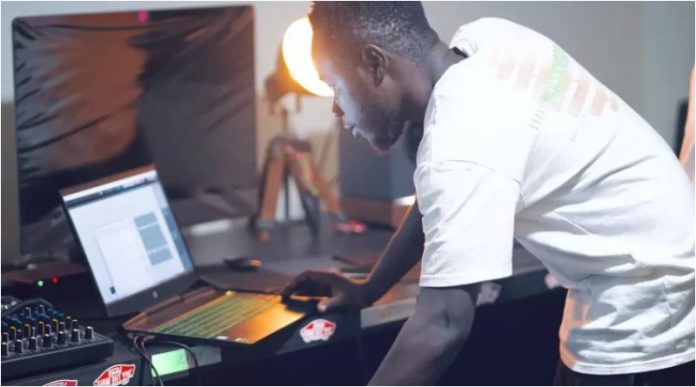 Producers receive split sheets for songs that are downloaded through streaming services, claims the previous Instrumentalist of the Year nominee for the Vodafone Ghana Music Awards (VGMA).

He remarked “Even if I don’t get money from producing beats for the top artistes the song itself will help me to make a lot of money because it would be streamed on the internet.

“I have registered for copyrights so every time a song is released and it says it was produced by undaBeat I will also have my share from the split sheet and deduct a percentage for me online,” he continued.

Speaking in a one-on-one interview with Amansan Krakye on Cape Coast-based Kastle FM, UndaBeat said he sometimes makes more than GH¢10,000 for just one music production.

“But I do charge them a lot like I can make GH¢10,000 from one beat production and sometimes there are some works after I’m done I can even make more than that amount of money,” he ended on the Kastle Entertainment Show.

Learnt everything about music from Wande Coal – Oxlade

Black Sherif finally releases music video for ‘Kwaku The Traveller’, Watch & share your opinion about it