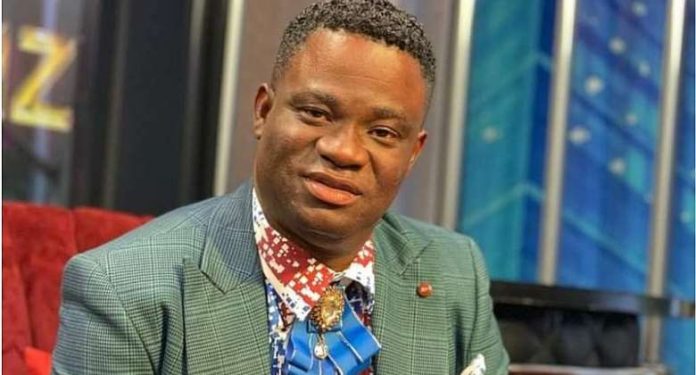 Some people may be wondering about the source of your wealth as to how you were able to make it in life until you break down the simplicity of your life, you leave them in a state of an oblivion.

Gospel music lovers in Ghana are coming to terms with one of Ghana’s exceptional gospel music maestros, who carefully took his enthusiasts through how excruciating life treated him in the past before he eventually climbed the national ladder to be known and recognised in the music industry. Great Ampong, a sensational gospel singer, has painfully narrated the ugly but inspiring beginning of his journey in life as some people wept after learning and acquainting themselves with his real source of financial breakthrough in life.

He stated that, if he were not to be a child of faith at the time when life was crashing down on him with austere hardships, his life would have ended long ago and nobody could hear of him. He further explained that, he was a man of faith therefore, he perceived what was ahead of him in life even though other thoughts were telling him that he could not make it in life but he put it into his heart that, that would be the voice of the devil just to kill his ultimate trust in God because, he believes, God is not a God of failure but satan himself who is the failure.

He opened up by saying that, he seriously engaged in an illegal gold mining popularly called galamsay and he was a street hawker at Odorkor, a suburb of Accra, where he sold snacks on the street for many years while serving God faithfully. He further went deep into his place of residence by then as he was delving deeper and deeper into the galamsay operations and later resorted to sleeping in a place where no one else could guess of except he himself.

He confessed to sleeping in a lotto kiosk as it appeared to him as if there was no longer hope available for him but yet still, he persevered and endured the painful aspects of life even though he was utterly discouraged to give up in life because every form of hope was totally lost in him.

According to him, despite all the shame and reproaches that some people in society scorned him with, he was finally found by the ultimate grace and compassion of God that he was eagerly and patiently waiting for to smile on him so that his tears could be wiped out one day and truly, God graciously searched, found and redeemed him from his abject poverty and today, he is wealthy and he extends his hands towards others who are in need hence, his decision to be singing glorious and praises songs to the glory of God for not allowing him to wallow in bitter poverty again in his lifetime.