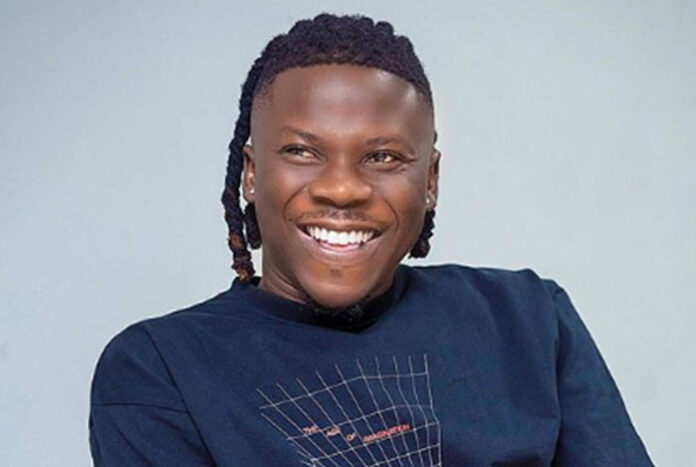 A very well celebrated Ghanaian dancehall king, Stonebwoy, has revealed that, he is not considering ending his music career

anytime soon because he is not near what he has planned to achieve in his career before he finally opts out from the music industry.

The dancehall artiste has indicated that, from the way things are heading towards though being tough and challenging for him in the music scenes, he is still hoping and praying that at the end of the day, he is going to emerge victorious because it is hard work and sacrifice that beings success and prosperity.

The music king explain that, even though there are lots of his fans who are bent of knowing when exactly he is considering of leaving the music industry, he is still assuring them that there should not eat too much of salt whereby chest pain will attack their health but rather they should hold on patiently and behold what he seeks to achieve for himself and his entire fans base which is not far from pursuing that particular dream.

According to Stonebwoy, he is highly determined to making at least, one trillion dollars in his lifetime career before he finally draws curtains to a close even though he is very much aware that it is not going to be easy to be obtained out of the blue Caribbean cruise ship, but he is hopeful and resolute that by the grace of God, surely, he is going to make that targeted one trillion dollars from his music career before he ultimately bids his followers and other loyal and faithful fans a farewell.

The dancehall artiste, who has been hailed and highly praised by many individuals over the weekend for joining forces in the Ashaiman District communities where he voluntarily led scores of communal labour enthusiasts in cleaning and tidying up the entire surrounding areas, strongly upholds and believes that, being a public figure, your responsibilities as an individual, are really huge and enormous and therefore, he is not leaving any stone unturned but graciously, he will definitely walk out of the music scenes as soon as he clocks on making one trillion dollars from his music career.