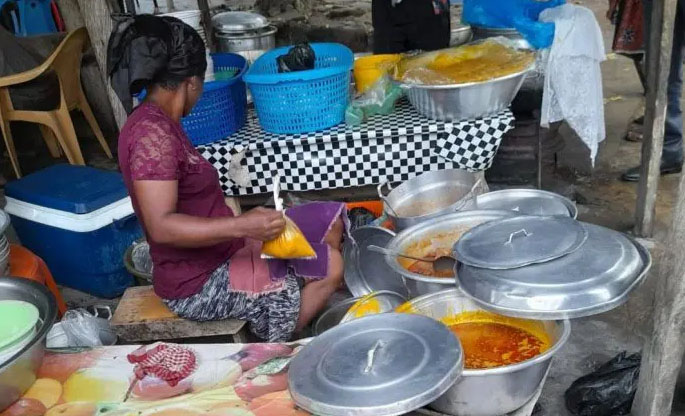 A certain disturbing incident is being reported from the Western Region of Ghana,

where it has been suspected that dozens of people have been admitted in a hospital in the region for what has been thought to be food poisoning after a large number of individuals went to a very well known food joint in the area to satisfy themselves from hunger.

The report has it that, those who suffered to unexpected experience, enjoyed their various forms of inspirational and aromatic delicacies at where they have been eating as usual but suddenly today, it turns out to be a tragic event as many of such individuals have suffered varying degrees of stomach upsets and uncomfortable moments after happily eating from that particular popular food vending centre thought to be the place for both the old and young because there, it is not a place of discrimination but a centre of joy and merry making.

The sad drowning incident has been confirmed by the regional director of the Food and Drugs Authority in the region, saying, its august outfit has received numerous distress complaints of suspicious food poisoning issue after some known people went and dined from a very popular food joint in the area.

According to the regional director of Food and Drugs Authority, Mr. Martin Kusi, he has been reported to by a lot of individuals to the fact that certain members in the region have been hospitalised after trying to satisfy their bellies from a well known centre believed to be a very safe place where different kinds of people have been going to enjoy themselves when ever they feel like doing it so but today, the whole thing has turned tragedy.

He stated that, from the look of how he observed the unfortunate incident, he is not going to rule out the possibility of food poisoning because that is what exactly it appears to be but there is no cause for an alarm because, the food and drugs authority officials are currently investigating the matter to find out the precise cause of the sad drowning event that has befallen scores of people in the region who are breadwinners of Many families and loved ones.