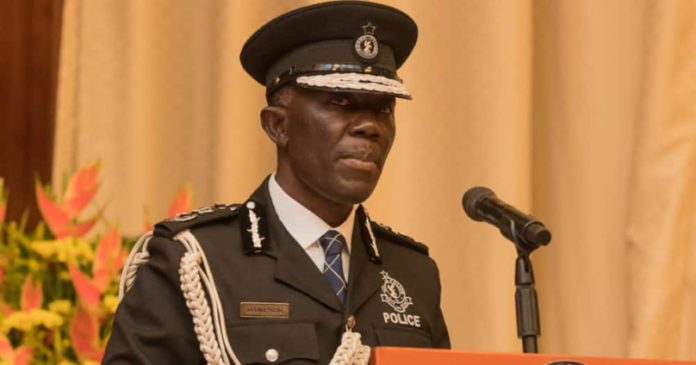 The Inspector General of Police in Ghana, George Akufo Dampare, has berated the findings of the Afrobarometer survey group, which has discovered that his office is not in any way helping save the money of the country but rather, siphoning it through the loopholes created by the administration under which authority.

But the police national chief did not take kindly to all the group findings, describing it as an attempted case to denigrate the image and his leadership despite all the good works he has been doing for the country wholeheartedly.

According to the inspector general of police, he believes it would be an orchestrated move by certain elements of the other public institutions that are trying so hard to work against him because he knows that some of them are envious of the enviable position that he holds.

He, therefore, descended heavily on the Ghana Statistical Service for not allowing its officers to be investigated rather, they joined hands to blackmail and incite the public against his office and his men for not doing a Patriotic job for the good of the country and her expected progress and development.

To some people, the survey conducted was a fair assessment and a true reflection of things and activities unfolding presently in the country and by so doing, nothing is surprising after the final reportage of the files and information obtained from the interviewing of the public were subsequently published for everyone to see.

The survey group did not in any uncertain terms, leave or exclude the office of the president, it went ahead and found damning evidence and proof labeling the presidency of the republic of Ghana as the second most corrupt institution at this present juncture.

Certain crop of people aligned with this government has claimed and disputed the report describing it as vile propaganda and machinations of the main opposition political party, the National Democratic Congress, as the sponsor of those unsubstantiated assumptions coming from the thoughts of those who have completely lost touch with the reality of quality and credible governance being championed by the Akufo Addo administration.