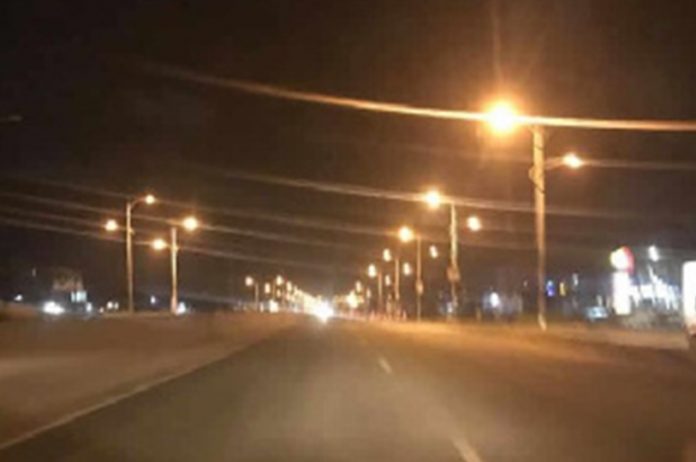 According to the minister, many people are blaming and accusing his office of not being responsible enough to making sure that our various streets must be lighted with reasonable lightening system to avoid the carnage and insecurity in the entire country where armed robbers have been hiding behind the unavailability of such streetlights, to committing heinous and nefarious crimes against humanity. As the minister has denied his involvement in fixing the streetlights as none of his outfit responsibilities, it is not readily clear enough to people who are thinking that it is part of his responsibility in providing and supplying streetlights on our major road networks most especially, on the major highways in the country which had become long ago, the den of criminal hub for the wreckers of our country Ghana.

Crime rate is still on the ascendency in the country some individuals attribute it to the non availability of street lights because of how dim and dark our roads are overwhelmed with the absence of the lights.

In Ghana, the responsibilities and duties of the ministries of energy and its counterpart, ministry of power, are not well defined and clarified comprehensive for the Ghanaian citizens to fathom hence their decision to be putting blame at the doorsteps of the energy minister and his energy ministry when ever the absence of streetlights is greatly felt after something unfortunate happens.

Nowadays, accidents are claiming many lives on our roads due to poor visibility for drivers as well as the pedestrians who are quick to accuse one another of either negligence or reckless driving leading to the unexpected occurrences.

Mostly during the evening tides, various parts of Ghana more portentously, the national capital, Accra, where cable thieves have made it their ultimate aim in stealing cables connected to the bulbs that generate or give out lights to their users on the highways which has been restricting them from seeing clearly when the need arises the most.

But instead of the minister telling the whole nation whose sole mandate it is to provide and supply bulbs for the installation of street lights, he could not exactly demarcate that from his office but it is presumed and assumed that, as he instantly rubbished the claim of negligence and dereliction of duty against his office, he is indirectly insinuating that, it is the sole responsibility of the ministry of power, to making sure that, the roads or streets in the whole country, are provided with the lightening system as the sole mandate of the minister of power.