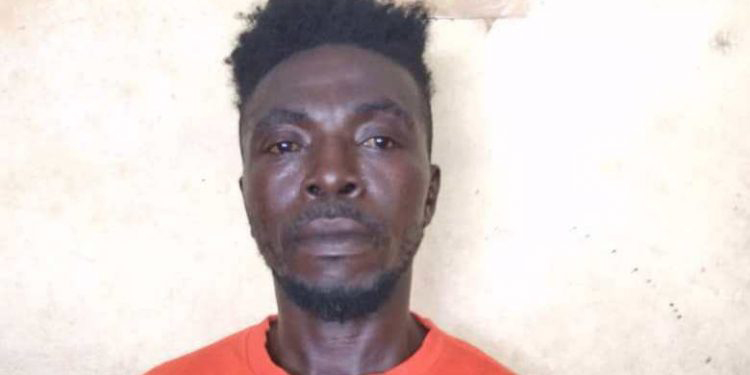 The Kasoa Divisional Police Command has arrested a suspect by name Eric Asare, also known as “Fanta Mogya”, at his hideout in Buduburam, in connection with the robbery and killing of a businessman, Steven Entsi at Opeikuma junction, Kasoa.

The Central Regional Police Commander, DCOP Habiba Twumasi Sarpong, briefing the media said the suspect is yet to be put before court.

On 31st March 2021, the Kasoa Divisional Police received a report that a 45-year-old man had been shot by an unidentified person on a motorcycle.

Police proceeding to the crime scene, found the man and rushed him to the Kasoa Polyclinic where he was pronounced dead.

Initial investigations revealed that two men on a black Royal motorbike at Opeikuma junction attacked the deceased who was coming from the opposite side of the road, took a brown envelope he was holding, which allegedly contained an undisclosed amount of money and shot him in the chest.

DCOP Habiba Twumasi Sarpong told the media that a number of security measures have been put in place to reduce the criminal activities in Kasoa including the deployment of more personnel to help boost police operations in the area.

Among the other measures put in place are the intensification of vehicular, motor and foot patrols by the police.

The police say they are also collaborating with local and opinion leaders to form more community watchdog committees.

In addition to that, they are mounting more tent cities within the communities and engaging more informants.