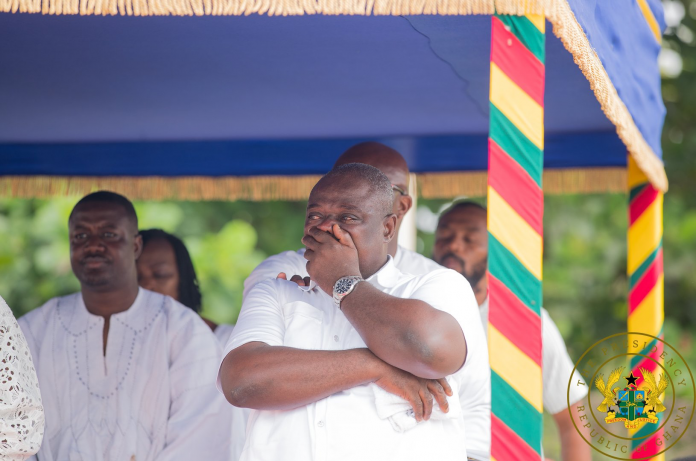 The self acclaimed Chief Executive Officer of the Atta Mills Institute, Samuel Korku Anyidoho, has, unreservedly, rendered unqualified apology to the family of the late president John Evans Atta Mills family for not seeking their ultimate approval and authorisation before erecting the edifice in the name of the former National asset.

During the tenth anniversary of the departure of the late statesman, it was revealed that, the name of the former president was inscripted on certain monuments erected on the premises of Asomdwe Park which is the final resting place for the past president of the Republic of Ghana Professor John Evans Atta Mills.

According to some sensitive informations communicated to the public about the perusal of the family members been acquainted with anything of that sort or not, the outcome was that, there was no immediate consultation in seeking the consent of the family members through whom Korku Anyidoho got to the good professor of blessed memory and based on the presumed disrespectful conduct exhibited by Korku Anyidoho against the family members of the deceased ex president, the family intentionally refused to acknowledge that centre in memory of their department breadwinner who passed away under mysterious accounts which others were even reading all kinds of meanings into.

Now, Korku Anyidoho has come to take a second look at his actions where he realised that his conducts amounted to disregarding the very existence of the living family hence he willfully decided to apologise to them and to also seek their blessings and approval to go ahead and use the place in an honour of the late president who was loved and adored by many as the peace loving man which culminated from the name Asomdwe Hene.

According to Samuel Korku Anyidoho, he spoke to the family members meekly and tenderly as he were a newly born child that to err is human and to forgive is divine and the whole family was startled saying is this the Korku Anyidoho that we knew from the days of Professor John Evans Atta Mills when he was working in the office of the president as the director of communications at the presidency?

The family members were speechless because Korku Anyidoho bowed down on his knees as a classical symbol of decorum and repentance from the heart of arrogance and pomposity. He has been subsequently forgiven as the family members of the late professor of law, were not heart hardened individuals.