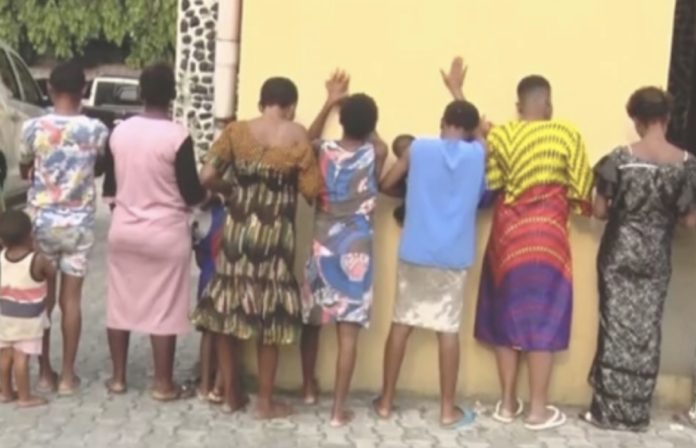 A seventeen years old boy, with the name; Nobel Uzechi has been arrested for causing massive pregnancies to ten women by the Rivers State Police officials.

The arrest was effected by the Rivers State Police Command in Nigeria for heavily impregnating ten women without any remorse.

The defendant and his accomplice 29 years old Chigozie Ogbonna, were arrested after both of them were swiftly apprehended. The two suspects and two additional women, Peace Alikoi, 40, and Favour Bright 30, were reportedly running a baby factory, according to the law enforcement officials.

In a publication of Pulse.ng, the Rivers State Police public Relations Officer, Grace Iringe-Koko, the arrests were made as a result of a credible tip off.

The four suspects operating in the State’s Obio/Akpor and Ikwerre local government areas prior to their to their arrests, according to the police officials.

Madam Grace, the police PRO continued by saying that, following the operation and suspects arrests, cops had managed to save 10 women who were heavily pregnant in the process. On Saturday, 7th January, 2023, around, 4:45pm, while acting on a credible intelligence available to the Rivers State Police Command, C41, Intelligence Unit, operatives raided two houses at Igwuruta and Omagwa communities respectively, where victims of child trafficking were being kept.

All the victims rescued in the operation are 10, most of them pregnant, madam Grace Koko , a superintendent of police who doubles as the public relations officer of the police officials said in the statement.

The victims confessed that they were lured into the illicit sales of children because of the financial needs to be met and their challenges.

A Honda Pilot Jeep , White, were retrieved from the leader of the syndicate. She said that according to investigations, some of the infants who had previously been born in those houses have been sold out. She also added that, after a victim gave birth, the syndicate leader retained the child and gave her a payment of N500,000, the police officials statement concluded.