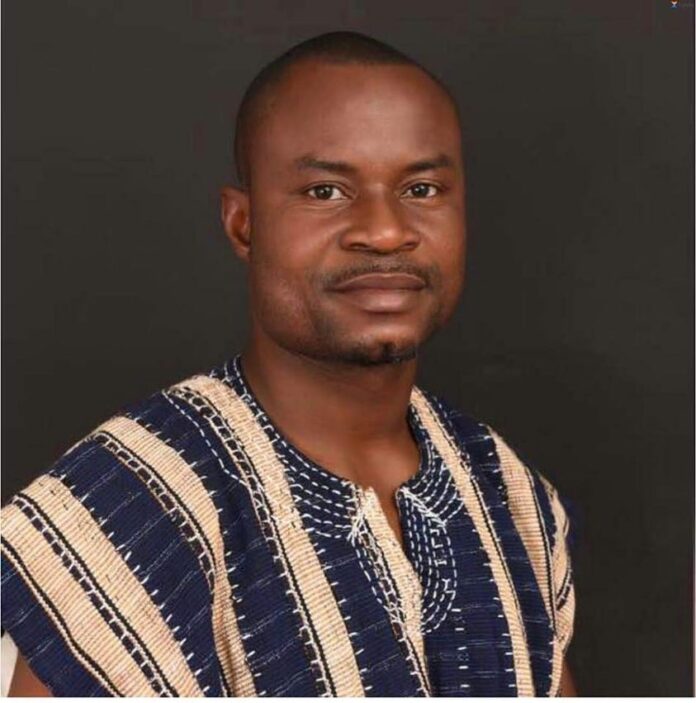 A rather tragic but bizarre incident has unfolded in the Ashanti regional capital of Kumasi where the Municipal Chief Executive Officer for the Krachi East of Oti Region in Ghana, has been found dead in a supine position at a certain yet to be disclosed hotel room in the Ashanti region.

The information trickling in indicates that, the police officers who found his dead body naked in the hotel room while his left hand was positioned beside his bed motionless which has beaten the imaginations of other people in the said hotel as to what might have orchestrated such a ghastly death of the Municipal Chief Executive Officer for the Krachie people without giving any comments.

Many people in the region are currently wondering as to how the police officers got the wind of this dastardly act which perhaps could have been undertaken by unknown assailants who may be on an assassination mission in the region so as to terminate the life of the municipal Chief Executive Officer who suddenly breathed his last due to unexplained circumstances beyond description of those who identified his lifeless body in bed while facing towards Heaven could be interpreted in several diverse spectrums of perspectives. What surprises the large masses is that, what exactly the slain municipal Chief Executive Officer for Krachi East had gone to the Ashanti region to engage himself in, it is not readily established yet as other people are suspecting of a foul play against certain unscrupulous persons who be the architects behind the unfortunate demise of the said municipal Chief Executive whose family identify is yet to be verified at the time of filing this psychologically disturbing event which could have been presented from happening.

According to the police officers who uncovered the lifeless body of the MCE for Krachie, upon a carefully conducted examination on his soul-less body, there was no “prima facie” evidence of torture or harm on his body where it could be suspected that he has been strangled to death but there was no categorical imperative fact to point to that thought.