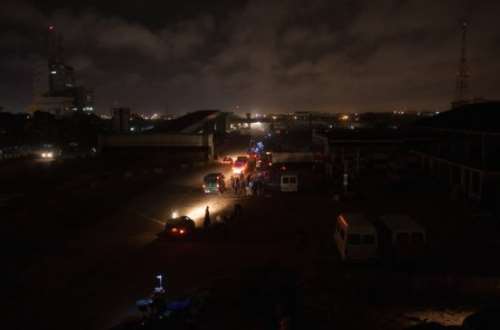 Yesterday as it were, was a painful experience of nightmare to the inhabitants of Kumasi in the Ashanti region of Ghana as scores of residents slept in total darkness as suspected cable thieves plunged into chaos,

the entire cause of the region as if it was a regionally customised power blackout.

It has been reported that, in the middle hours of yesterday’s night, parts of Kumasi were plunged into total darkness as they struggled to have the power of the electricity to energise their gadgets because of hooligans invading their territories by looting cables that have been used in connecting the electrical appliances and gadgets of the residents onto the national grid away.

According to information communicated to the media, many people in the region yesterday, suffered numerous infractions of power hitches after suspicious and faceless characters in society attacked a large number of communities after clandestinely planning and executing their diabolic activities of running down houses in the community including the wires and cables connected the houses of the indigenous people when they masked themselves and looted their residences yesterday with an impunity.

The incident has caused fear and insecurity amongst the inhabitants of the region where some cowards are already crying foul due to the unfortunate event of yesterday that, the region is no longer safe and secured for some of them to living in because of the excruciating moments of horror that they witnessed yesterday with their own very eyes.

Meanwhile, some affected individuals have bemoaned the alarming rate of lawlessness and acts of banditry in the region, blaming the police officers in the region for doing little or totally nothing to protecting their lives and properties due to the rampant experiences criminal conducts being exhibited by rascals and riffraff miscreants who take advantages of police officers weakness in perpetrating crimes against humanity where those involved in the cases are not being apprehended to face the full rigours of the law enforcement authorities.