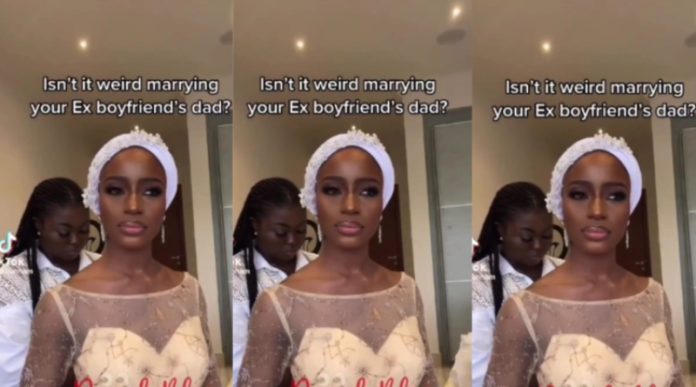 Please play me “Date Your Father” by the late Ebony Reigns on Alexa because the lyrics describe a true story.

A stunning Nigerian bride who married her ex-father boyfriend’s in a fancy wedding ceremony went viral on social media.

According to reports, the woman’s ex-lover served her a “hot breakfast,” and as a result of the agonizing heartache, she made the decision to teach him a bitter lesson he will never forget.

After only a few months of their romantic relationship, she hooked up with the guy’s wealthy father, who expressed interest in marrying her.

The guy was unaware that his son had previously dated the woman, but the bride was aware of him because her ex-lover had shown her images of them together.

Now that both families are aware that the groom’s son was involved with the bride, there is no going back given how far the marriage preparations had gone.