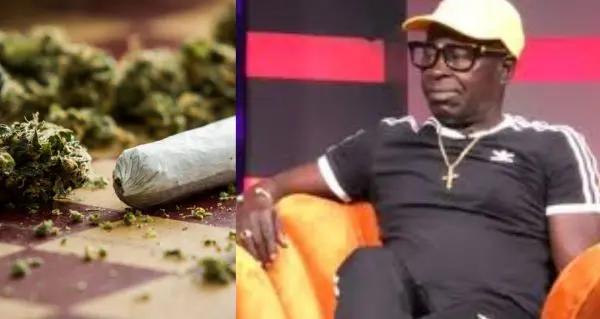 A prolific music sensation Amakye Dede, has appealed to the government of Ghana, to as a matter of urgency, allow the use of marijuana publicly because of its efficacious potency to help the music industry boom because, it makes the singers grow young with energy.

Amakye Dede has backed numerous calls in support of the legalisation of the wee that is being smoked privately by certain crop of musicians in the country which according to them, is boosting their energy level in singing perfectly when they are singing on stage. But it should be noted that Ghana is not a lawless country where any political administration will say it is going to allow the public use of wee by anybody who wishes to do so at the detriment of other law abiding citizens in the country. People with intelligent quotient will tell you that, anyone who upholds an illegality, such an individual is a practitioner of an illegality.

Ghana is a country governed by a constitution which tells us clearly what we must do to project and protect the image of the nation is the proper limelight and for people to be advancing the course of the legalisation of smoking an Indian hemp in the country is not going to be tolerated by any reasonable leader who is in his or her right senses and if the person does, it is going to be fiercely resisted by all well meaning Ghanaians who uphold and believe the principles of morality and decadence according to their moral and religious upbringing.

Many acts of immorality have been on the verge of collapsing and breaking down irreparably, the very moral fabric and the bedrocks of our country due to the failures of our authorities to penalise activities of who engage in criminal conducts even though they are trying hard to embark on their illicit activities secretly in their various corners with an impunity, nobody should condone and connive acts of immorality in any part of the country. Growing and harvesting wee, it is a common practice in countless parts of Ghana where in some instances, cases have been reported to the police administration, you will then be asked if you have any evidence to buttress your claim that this or that person is in the cultivation of wee or he is in possession of wee.

Because of the lackadaisical attitudes from the office of the police officers, people have decided not to involve themselves in the issues surrounding wee cultivation and its utilisation in the country.