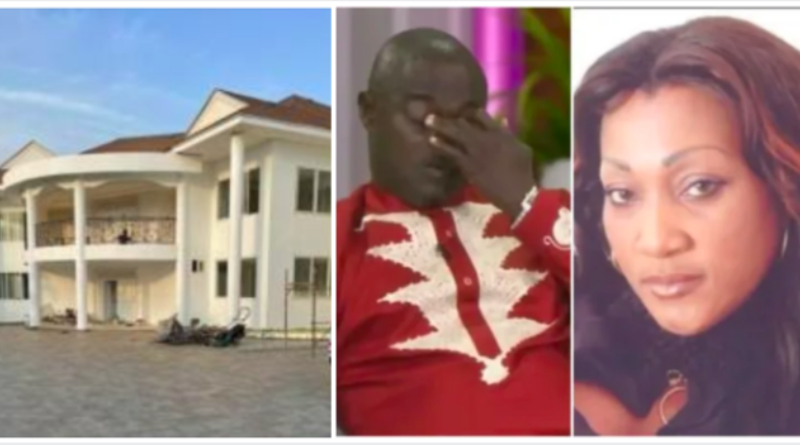 Former Black Stars player Odartey Lamptey‘s ex-wife’s latest attempt to legally steal more of his properties has been halted by the Appeals Court.

Gloria Appiah took Odartey to court to try and gain ownership of a 7-bedroom East Legon mansion owned by the footballer in which she currently resides. 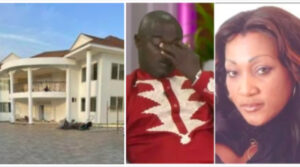 She wants that in addition to his 4-bedroom Dome Mansion which she already gained ownership of in their divorce.

Remember, this is the lady who cheated on Odartey Lamptey during their over 19-year marriage.

They had three kids together which Odartey raised throughout their lives before shockingly discovering a few years ago that they are actually not his!

This modern-day Jezebel had cheated on him for all three kids and made him raise them without knowing they are other people’s kids!

Odartey eventually discovered the deception and took her to court to obtain a divorce.

He managed to get divorced but still had to give her a settlement – Ghc 200,000, two cars and the plush Dome mansion.

After all she had done, you would have thought she would feel pretty good about getting such a settlement.

But this woman wasn’t satisfied, she sued for his East Legon mansion to be given to her as well!

She is currently staying in the house and obviously is enjoying it too much to want to move.

Luckily, the Appeals Court threw out her application.

Odartey has indicated he would make moves to kick her out of the house soon but Madam Gloria has also indicated she is not done with fighting for that house!