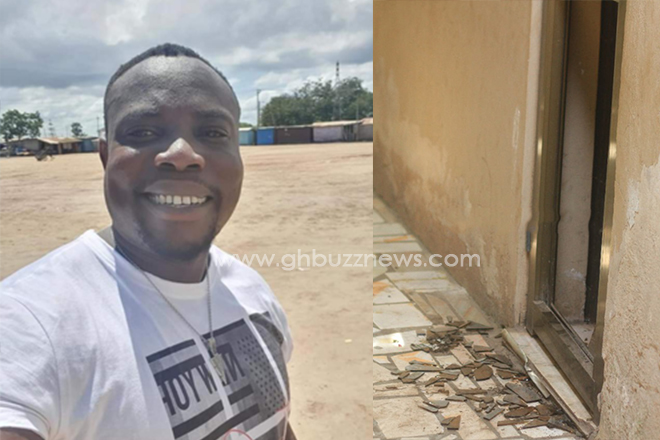 A man believed to be in his early thirties has stabbed himself to death after shooting his girlfriend’s mother, Madam Elizabeth Nkrumah, to death in Apremdo on Sunday, August 15.

Emmanuel Kwofie, also known as Kilo, who recently came back from Germany after a 5 years stay, visited Madam Elizabeth’s house in Apremdo, in the Effia-Kwesimintsim Municipality of the Western Region at 10pm for unknown reasons.

According to the Brother of the victim, Emmanuel and his niece have a son together however the family disagreed on a marriage between the 2 parties because of the former’s unhealthy reputation.

Emmanuel didn’t give up on his pursuit to marry his girlfriend even once spending 5 years within the diaspora. The brother of the deceased speaking on the incident, explained that, Emmanuel used the back door of their house as an entry point. Madam Elizabeth thought a robber has broken in.

She approached and he shot her within the left thigh after which Emmanuel also stabbed himself. Both of them were rushed to the Kwesimintsim Government Hospital, however couldn’t survive.

Emmanuel before his death, created suicidal posts on his Facebook wall concerning the incident of been denied his love.