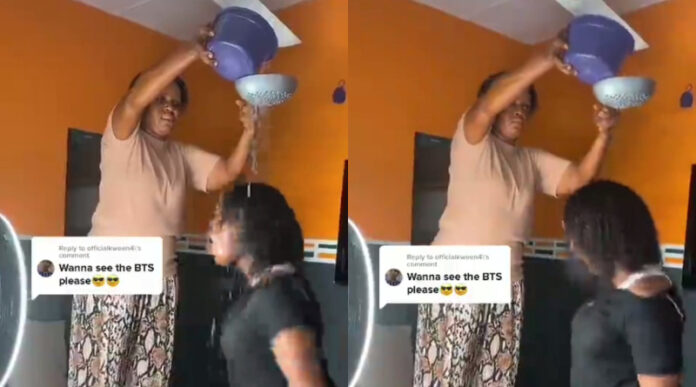 The song Kwaku The Traveller has generated a challenge on social media and many Ghanaians and people across the world have joined this challenge. Looking at the screenshots from the video in this article, you can a mother and her daughter joining this challenge. 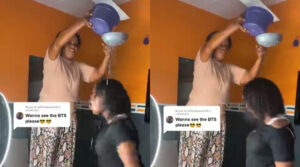 The daughter was also standing in a bowl and using a champagne bottle as a microphone. It appears they performed this act in their hall.

The mother was seen pouring water on the daughter as she was passionately singing Black Sherif’s song. Some Ghanaians after coming across this said that the mother understood the assignment very well.

How she was serious in the video shows that she knows what they are going to get from that video.