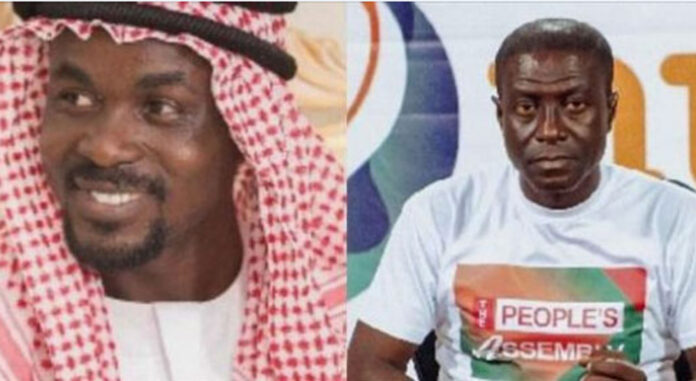 The brouhaha surrounding the locked up funds of contributors of menzgold, continues to linger on as the woes of the customers deepen with anxiety and lamentations.

has become necessary as the popular broadcaster Captain Smart who alleged that there is no way Nam1 is going to be held accountable for his customers to retrieve their funds from his frozen accounts arising out of his inability to settle his business partners after he was alleged to have duped customers of their hard currencies.

Captain Smart has therefore revealed that, it is going to be practically impossible for those customers to get their huge colossal amount of money invested into the account of the beleaguered self acclaimed business man who secretly used the money of his customers to developing his personal businesses on the land of the white man where he was said to have been receiving massive developmental milestones of profit-sharing margins despite telling lies to his business partners in Ghana.

The claim of Captain Smart is that, those who have invested in his business will continue to suffer more consequential because he has a secret service passport which immused him from any arrest and the police officers in Ghana are very much aware of that fact and that is the main reason why they can not arrest him to render an account to his customers.

Even though Ghana Police hierarchical authorities have not yet confirmed that assertion coming from Captain Smart, it is believed by some people that it would be true because Nam1 has money to acquire the service passport because it is the money that the leadership of the country is yearning for so that there bellies could not get hungry therefore the distribution of the business partners of his business will not be accounted because he is heavily protected by the police officers of Ghana.