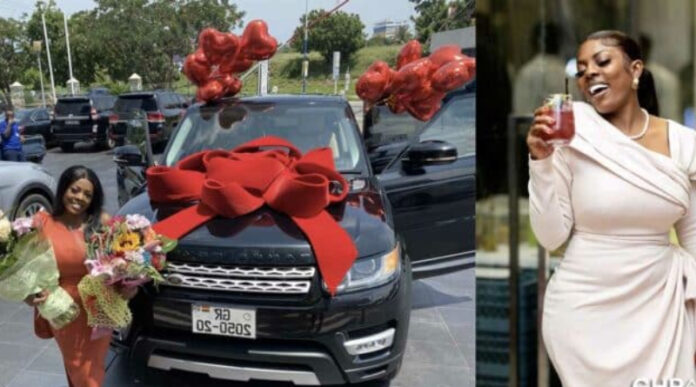 A Faceless blogger claims that Mari Gyata’s boyfriend, Nana Doe, is the true owner of the range rover being used by Nana Aba Anamoah.

It claimed that Nana Doe and his boys stormed a popular restaurant where Nana Aba was eating to demand the car and the spare keys from her.

It’s unknown why a supposedly wealthy lover would let his girlfriend fall into such shame, but the source claims Nana Aba has been pleading with him via text messages to return the car to her.

This is the second time Nana Aba has encountered a problem with the ownership of her vehicle.

The first incident took place a few years ago when she allegedly branded someone’s automobile and received it as a birthday gift.

Social media users are currently chowing down on the rumours, with many wondering if Nana Aba Anamoah doesn’t own a car.