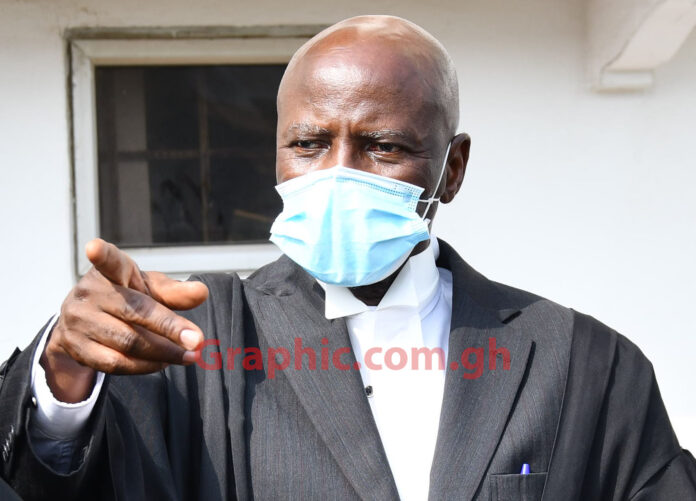 The personal legal advisor to the incumbent president of the republic of Ghana, His Excellency Nana Addo Dankwa Akufo Addo, has bemoaned the growing concerns that seek to portray the fact that, there is no pragmatic development in Ghana despite the change of government.

According to lawyer Akoto Ampaw, who is the lawyer of the sitting president of Ghana, both the National Democratic Congress, NDC and the New Patriotic Party, NPP, governs the country based on their own ideologies and views hence the country continues to retard in a stagnant hindering position.

He asserted that, the political parties in Ghana, most especially, New Patriotic Party and the National Democratic Congress, will at all times promise Ghanaians numerous developmental projects they would like to bring on board when voted into the political limelights but the moment they secure the mandates of the electorates in the country, they briskly ignore the promises under which they have been given the mandates which will be resulting in blame game.

He further stressed that, the leaders of such political parties, are not governing the country appropriately including this incumbent government being presided over by Nana Addo Dankwa Akufo Addo because, those leaders do not have foresight to envision proper and adequate lightening system of equations applicable towards resilient and formidable economic viabilities for the development of the country Ghana.

He finally concluded that, some people will surely speak against the core fact that he is raising but he intends to be blunt because the New Patriotic Party and the National Democratic Congress are not the best political parties to be ruling the country being the reason that, they mostly feed on Ghanaians with empty campaign promises and unrealistic expectations which hitherto, will be forgotten as soon as they gain political stature after every general elections in Ghana.

The remarks of Lawyer Akoto Ampaw, became necessary as many Ghanaians continue to wallow in an abject poverty across the entire cause of the country while the political leaders who have been given their sovereign mandates to govern the country well, have blatantly jettisoned what have been assured of the people after coming into power.

Currently, there is a breeze of political and economic quagmire blowing whistle into the ears of countless Ghanaian people as the level of economic infractions continue to negatively affect their daily routine trading activities and living.

The current is presently experiencing the highest cost of living and doing business in Africa as her inflation is rising exponentially to be the highest ever in the history of the country.
Source: www.ghbuzznews.com