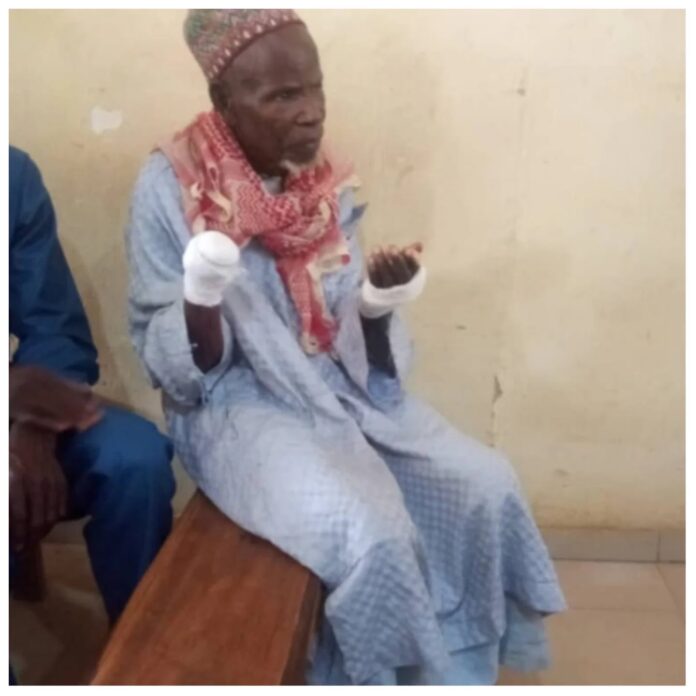 Many domestic violent cases have been reported either against the spouses or on the part of their children but this time around, there is a new turn of events as some hooligan individuals who defy the orders of their parents to be courteous, have taken the laws into their own hands while avenging themselves.

It is the wish and ultimate dream of every parent to receive preferential treatment from their biological children due to the struggles that they have made in their various attempted ways to bring them hope in this life but, nowadays, it has gone contrary to that where it is visible for you to see parents being abused and molested by their own children at the least provocation.

Well, the same instances of two cattle herdsmen have been arrested by Niger state police officers for allegedly amputating the hands of their father, aged 60.

The due who have confessed to the committal of the heinous offense, are currently cooling off their heels at the detention centre of the police officers after they have gotten wind of their atrocious behaviours being perpetrated against their beloved father who is at the moment, nursing his excruciating pains due to the condemnable act meted out to him by his own children who have gone wayward in society.

The culprits are Bello Usman and Shehu Abubakar, both aged 25 years old, have been told to remain unresisted in the custody of the police officers until the final determination of the case as police administration in the state finalises its conclusion of the matter in few weeks from now.

According the police officers information communicated to the public, they revealed that, the two local herdsmen, committed the callous act against their father with conspiracy of one other person being an accomplice in the case after their complained of some unwarranted misunderstanding between them and their father which was even resolved amicably subsequently.