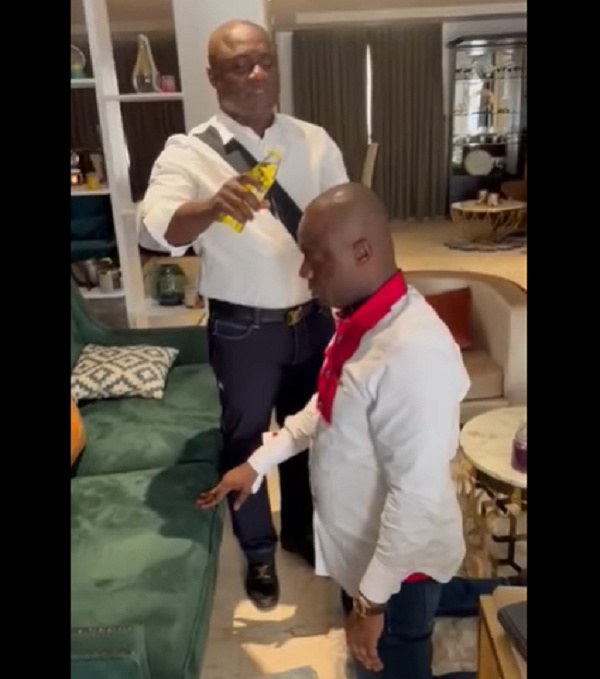 The newly elected General Secretary of the governing New Patriotic Party (NPP) in the just-ended delegates conference has been showered with many assurances and hopes that it is only under his watch that it is going to be possible for the party to go beyond the eight years of political administration in the history of the republic of Ghana.

A Kumasi-based prophet who doubles as the sole founder of the Power Chapel has prophesied to the newly acclaimed general secretary of the New Patriotic Party that, God has revealed to him that he is going to break beyond the eight years jinx of mantle when it comes to governing the country at the national level which will shock and startle everyone in Ghana.

Prophet Victor Kusi Boateng has prophesied to the newly acclaimed general secretary of the NPP, in the person of Justin Frimpong Kodua, that, according to revelations that God granted to his bosom, he is assuring him that he is going to give the New Patriotic Party another four years in furtherance to the current eight years its political head at the national level, Nana Addo Dankwa Akufo Addo has spent in an office after taking over from the former president John Dramani Mahama.

The prophecy declared by prophet Victor Kusi Boateng had come at the back of the raging debate that this very political regime at the national headquarters of the ruling party will do wonders by keeping and maintaining the party in office for another maximum of four years after this current administration headed by Nana Addo Dankwa Akufo Addo comes to an end in two years from now.

But some people have already kicked against his unfounded and unestablished prophecy calling him an attention seeker who only desires to fill his church with a larger number of people so that he becomes the next rich king in that community because God is not a God of confusion where he will say or reveal anything that will jeopardize the prevailing peace and security being enjoyed by the people of Ghana.

Many people are wondering why such reckless and dangerous pronouncements will be proceeding from the mouth of those who must know better but because of their parochial interest as to what they will gain from the individuals that they seek to proclaim unrealistic expectations for and not the benefits of the country, therefore, no meaningful person should consider that in any way.