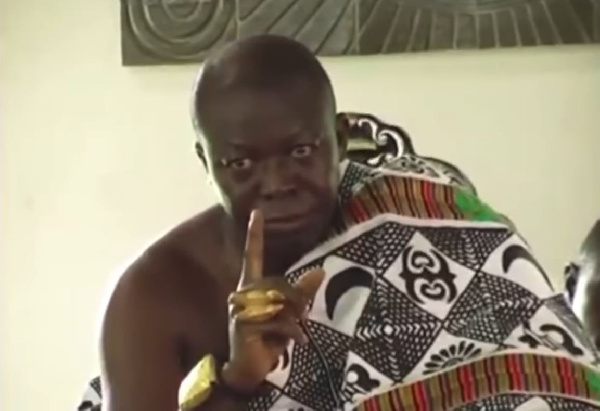 Kumasi has been in the news quite lately for almost the wrong reasons after it emerged that, certain indications from the traditional authorities in the region to certain individuals living at that part of the Ghana to stay off from the region after they claimed against such persons to be ignoring the authorities of the said traditional leaders in region.

Kumasi and its traditional authorities headed by Otumfuo Osei Tutu, came into the limelight after it had been reported that, people with a united force, attempted willfully and closed down some notable media channels in the region capriciously and whimsically because of certain pronouncements that they considered to be untraditional after which they were angered and enraged and ordered the total shutdown of the radio station after allowing its airwaves to be used by one Odiko, a very well known businessman who uttered some utterances believed to be blasphemous against the rulership and authorities of the kingmakers in the Ashanti Region.

Based on what has been described as a disrespectful conduct exhibited by Odike against the leadership of Otumfuo Osei Tutu 11, he have an audacious order that the channels of the radio station on which that particular individual stated his views on be closed down so that they could prefer some punishment against the station and the very individual cited in the case.

It is on this basis that many people came out and condemned the obnoxious decision taken by the Otumfuo Osei Tutu and his other subjects that there is no law in the constitution of the republic of Ghana that gave them such mandate to close down the fourth estate of the country, Ghana.

According to Otumfuo Osei Tutu, he heard everything that has been said and reported about his decision for closing down the said radio station and by an extension, punishing Odike but there is no law court in the country that can overturn his decision to deal with anyone found to be bypassing the traditional authorities and their personal views on matters pertaining to the security and peace of the Ashanti kingdom as a whole because he is the very individual who governs that region traditionally and when he speaks, his words carry power and volume therefore, no court will fault him wrong for flouting any rule in the country.