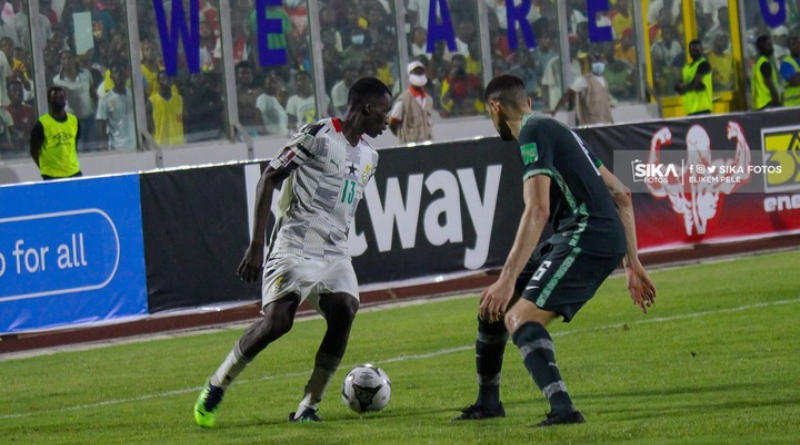 Felix Afena Ohene-Gyan, a promising striker, has hailed the general public and supporters who turned out to watch Ghana play Nigeria on Friday evening at the Baba Yara Sports Stadium in Kumasi.

Felix Afena Ohene-Gyan shone for the Black Stars, who were held at home by the Super Eagles in a thrilling match for a spot in the next FIFA World Cup, which will be staged in Qatar later this year. 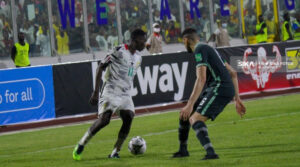 Following the game, the teenager rushed to Twitter to express his gratitude to Ghanaians for their unwavering support and affection.

Afena-Gyan announced a sponsorship arrangement with Puma, a German sportswear and equipment company, in February 2022. Afena-Gyan is a versatile striker who can play in a variety of offensive situations.

Afena-Gyan was called up to the Ghana national team for the first time on November 4, 2021. He, on the other hand, declined to represent the Black Stars in the FIFA World Cup qualifiers against Ethiopia and South Africa in 2022. On March 25, 2022, he made his Ghana debut in a 0–0 2022 FIFA World Cup qualification tie against Nigeria.

“Wonderful crowd; thankful for the outpouring of love and support.” I’m ok. On Tuesday, we’ll go again. “Keep the faith,” he wrote on Twitter.

Grateful for the show of love and support. I'm ok.

We go again on Tuesday.