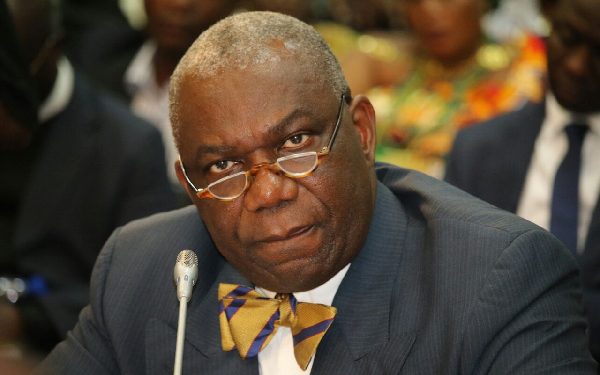 The former Energy minister under the first era of this incumbent Ghanaian president, Nana Addo Dankwa, who was recently quoted for describing the president as an ingrate who does not appreciate the efforts of others who sacrifice their whole life and energy to serve him and the country as a whole, has decided to be politically correct by adopting a kind of some erroneous measure to settle down the dust he cast over the country about a fortnight ago.

The former minister of energy, Boakye Agyarko, has come out to calm down the nerves of his party loyalists by praising the party through the unusual path declaring that, Ghanaian youth should hold on fast as the New Patriotic Party is the only party to salvage the country Ghana from her turbulent economic woes.

According to him, he believes Ghanaian voters are going through a lot of financial challenges but he is assuring them that his political party, NPP, is soon going to do wonders that would shock the whole country.

Boakye Agyarko, was recently lambasted and castigated in public for the manner in which he took the president to the cleaners by stating publicly that, the president is such an ungrateful person that he had never seen in his life because, he would not appraise or be gracious onto you for the efforts and struggles you try to put up in your line of duty so that he could motivate and inspire you but rather, his conduct and attitude would demoralise you from doing good for the country and the New Patriotic Party as a whole.

Boakye Agyarko served in the first administration of Nana Addo Dankwa Akufo Addo selflessness hoping that, it would be well with him in the second political administration of the president but he was shockingly jettisoned like a cargo into the dumpsite with ruins and bruises all over on his face and nostrils.

It was in the past two weeks that he came into the news for the wrong reasons after accusing the president of been ungrateful person and thus, he is such an individual who does not know how to say thankful when you dedicate and commit yourself wholeheartedly to working and serving him for a common purpose to be realised.

It appears as though he was advised behind the scenes to use that knee jerk method to settle down the dust on the image of the president due to his previous absurd, unsavoury and obnoxious remarks he painted the reputation of the president with and if not, there might be a possible bloodbath between he and the president because of the manner in which he publicly reduced the status and stature of the president to a mere scrap dealer on the streets of Agbogbloshie in Accra.

Even though the presidency remains quiet over the turning into a new leaf on the part of Boakye Agyarko, it is believed that, it would be appropriately be communicated to the president himself in due cause.