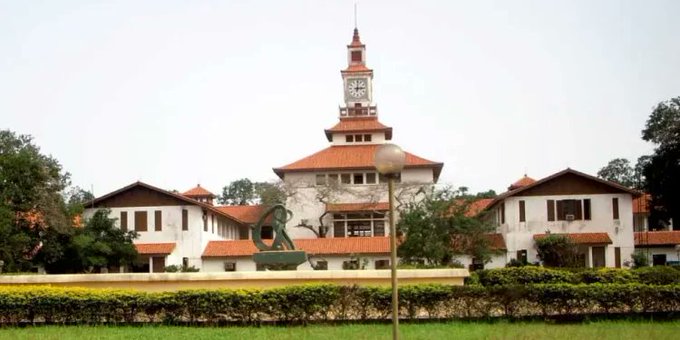 The revealing exposé echoed by the Auditor General’s Department about how some highly touted tertiary educational institutions in Ghana have been running numerous academic programmes without approval, has compelled the management of the University of Ghana, Legon, to come out and set the records straight before the general public as others are beginning to lose confidence and trust in its ways of undertaking academic activities.

The Auditor General in the past few weeks, has been on the heels of public sector institutions in auditing carefully and thoroughly, how genuine and trustworthy they could be if state sources and other valuable assets are entrusted into their care for managerial purposes.

It is on that thoughtful accounts that it had been revealed that, many universities in Ghana most especially, the ones which are highly esteemed and venerated to be on the right appropriate path of chartering a bright future of students, have been found to be running their various academic courses and programmes without any approval or certification.

According to the Auditor General’s findings, a lot of course being undertaken and run by most of the universities in Ghana are being uncertified and unapproved.

As the reported have indicted and cited those universities found to be committing acts of illegality and complete disregard for the rule of law, the management of University of Ghana, Legon, has issued a release indicating that, every detailed information contained on the certificate being issued by the University of Ghana, Legon, is genuine, authentic and valid, despite the findings of the Auditor General that, the university has been running programmes without any approval or accreditation from the authorities mandated to grant such authentication for their courses being offered.

When the reports came out publicly that even Kwame Nkrumah University of Science and Technology, KNUST, has been running such notable educational programmes without any accreditation or approval, it shook the entire foundations of academic activities established in the the school as students began thinking if their foreseeable future hanged in the balance because if it is said that the academic activities established in your educational institutions which are being used to certify for your educational qualifications and certifications, you must have the cause to worry and that was what necessitated the shaking and vibrating of thoughts to be lingering around the minds of such individuals whose fate lies in the palms of those school authorities.

Nobody in Ghana or elsewhere could believe that even with prima facie evidence that, a reputable university like Legon or KNUST runs courses and programmes without approval or accreditation until the Auditor General came out with such damning evidences contained in his findings of how they have been doing their engagements.

Scores of students who are undertaking similar courses at the campus of Kwame Nkrumah University of Science and Technology, KNUST, are also agitating seriously and lamenting gravely that, their school authorities must come out with their understanding of issues with regards to the damning and degrading findings of the Auditor General because, the findings have eroded and degraded the image and reputation of the school where it could be concluded that they are having certificates that are fake after completion of their slated durations in the school because, the University of Ghana, Legon, has cleared its imagine and issuance of its certificates.
Source: www.ghbuzznews.com