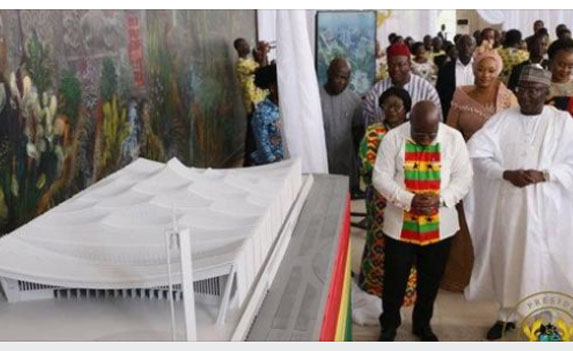 The anus of the government of the republic of Ghana has been exposed beyond description on its profligate spending without any thoughtful accounts rendition.

According to another expos’e uncovered by the Auditor General, the government of the New Patriotic Party led by the incumbent president His Excellency Nana Addo Dankwa Akufo, spent over one hundred and forty two million Ghana cedis on the fiercely resisted national cathedral project that the majority of Ghanaian people revolted against on just in the year 2021 alone.

The new report filed by the Auditor General, has revealed how imprudently and unreasonably the government and those in charge of overseeing the activities relating to the building of the cathedral project are using the resources of the country while forgetting that one day they would be held accountable for their stewardship.

As the information goes out to the general public pertaining to how things are being done in the country when it comes to financial matters, some people are not taking kindly to what has been reported by the Auditor General where still the government is still appealing to Ghanaians who are even jobless on the street, to continue contributing towards the successful completion of the said project which many people including the religious individuals has been described and considered to be a misplaced priority while taking second thought of the severe economic unfriendly environment created by this very government.

It had been disclosed last week before it ended that, construction works ongoing at the site of the building of the project, had been grinded to a total halt resulting in the unavailability of funds to continue with the project until further notice.