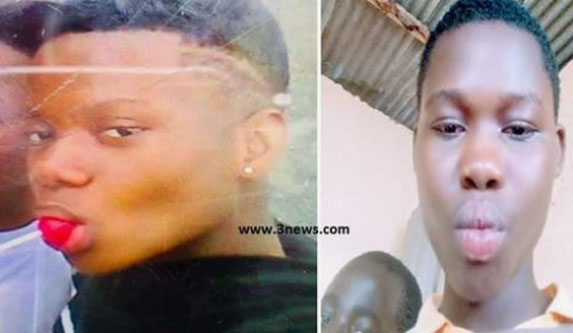 had been gruesomely slain after they secretly escaped their homes in their quest to meet certain young men in the community.

According to some sources, the deceased girls whose body parts have been mutilated by the alleged ritualists, left their home when it was fast approaching mid night with the flimsy excuses that they were going to meet some guys who were calling them to come at that risky part of the night without thinking carefully of the dangers and ramifications of their ignorant and highly condemnable decision.

It is not readily established if the said slain girls were students or school dropouts in the community though they were not all that old enough to be out of the classroom because it is beating the imaginations of some people how on earth such young girls who must even been burning the midnight candle at that scary juncture of the night would completely ignore their studies just in their attempt to meeting boys in town closed to midnight for the reasons best known to them and their cohorts alone.

The sad and unsightly incident has sent strong echoes into the nerves of people dwelling in the area as they are contemplating how would be their next line of actions to be adopted so as to save their dear lives from the hands of those faceless and bad eggs who have been parading themselves as saint in the area during the day as sheep but at night, they briskly turn to be wolves devouring innocent souls in the community under the sense of becoming wealthy overnight.

The tragic event has been reported by the residents to the police administration in the area to that they could probably unravel those hands involved in the case to bring a lasting peace and tranquility in the community because as it stands now, fear has gripped the entire community where this absurdity has occurred.

The police officers in the area, have however assured all and sundry who might have been affected in one way or the other by this sorrowful occurrence, to be rest assured that the police officers are going to find those whose hands have been in the blood of those departed teenagers who unexpectedly met their untimely death painfully.