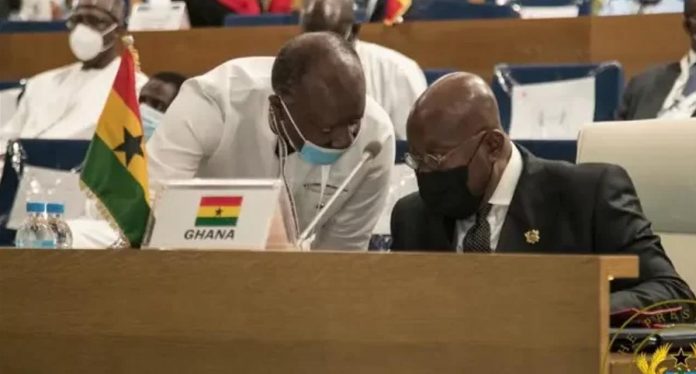 The president of the Republic of Ghana, on the day of the Republic Day commemoration, gave executive powers under his instructions to the minister of finance and economic planning, Kenneth Ofori Atta, to reach out to the International Monetary Fund, IMF, for financial bailouts so as to grant a respite to the ailing economy of Ghana.

The president indicated that his order to the minister of finance and economic planning to reach out to the IMF for financial supports, emanates from certain programmes he intended to embark upon hence his executive order instructing the finance minister to go into agreements with the International Monetary Fund, IMF , for financial bailouts which is the seventeenth times since he took over the reigns of political power six and half years ago.

It was recently that the same president Nana Addo Dankwa Akufo Addo, willfully, granted his presidential assent for the implementation of the e-levy in Ghana which had been described and fought against as repressive and repugnant without any second thought to the financial unfriendly environment his government created for the people of Ghana.

As he granted his presidential assent, the bill has become a law where huge colossal amount of money is being accrued from the electronic banking sector and yet still, he has given another order that the International Monetary Fund should be approached for negotiations in relations with financial supports to undertake certain programmes his administration intended to initiate whilst, the collection of the electronic banking charges are still in full force after his presidential assent for the implementation of the e-levy bill which has become a law in Ghana biting hard and causing financial repercussions to the poor and vulnerable in the country.

The resident representative of the International Monetary Fund in Ghana, Dr. Albert Touna Mama, has stated that, Ghana had reached out to his outfit already on matters pertaining to financial aid which he is currently in talks with the finance minister and his delegations for bailouts to help restore the debilitating economy of Ghana.