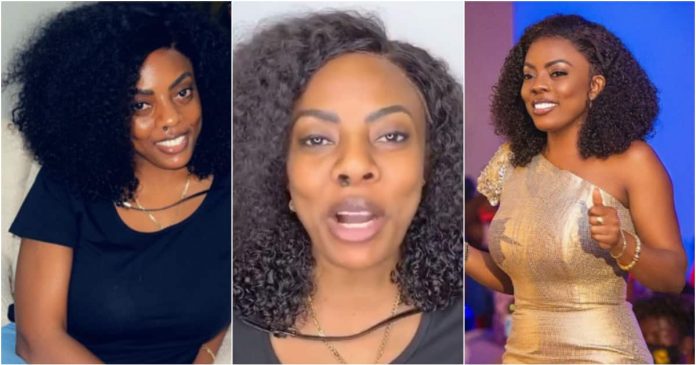 The growing concerns coming from countless wives across the globe over cases of their legally married male partners not having time for them continue to unfold heavily in Ghana as many prominent individuals are still speaking about the reality of such immoral activities.

The issue of a man sticking close to his wife must be the main objective of every morally accepted and upright person who believes in living with only one specific woman as his sole wife.

Some men think that as they are the heads of their nuclear family systems most especially in the country, Ghana where it is practiced, to have at least one particular wife but behind the scenes, he will still be defiling his matrimonial bed which sounds unpleasant and highly unacceptable.

Nana Aba Anamoah, a renowned broadcaster, has given humble advice to the men who are fond of cheating in relationships against their legitimate wives, to be very careful of how they go about their secret dealings at the blind side of their partners else they will have themselves to be blamed at the end of it all.

According to her, some men are fond of telling lies to their wives even if they are not on any business assignment, they will intentionally beguile their wives that it is so, so that they could go out there and spend time with such side chicks more than the way they are handling their various wives at home because they are having the notion that their wives are no longer enjoyable and pleasurable for their liking.

It is because of that, many men of the day prefer to have a backup lady so that whenever the wife is not ready for what the man demands from her, then he could go out and enjoy with the other person and later when he returns, he will pretend nothing at all happens.

This growing trend of wives not being sexually satisfied in their marriages is a result of the issue of their husbands having confidential ladies out of the scenes who satisfy their sexual egos when they are in the mood for it.

Because of these abnormal phenomena, a lot of our ladies who are even married, do not have time for trust and fidelity in their various homes for men who claim on the wrong side of their mouths that they love them.