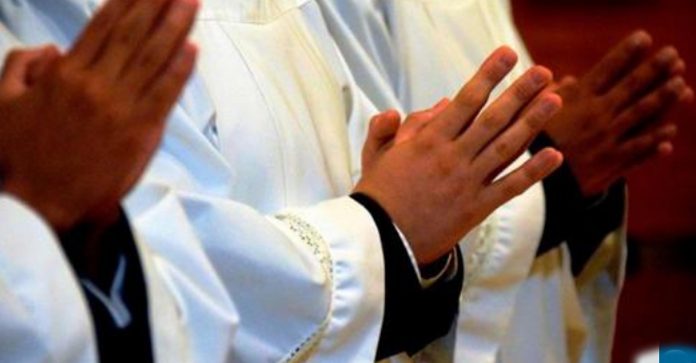 The death of Albert Donkor, a youth activist in the Nkoranza district still continues to provoke the thoughts of some people in the country.

A Rev Father coming from the Catholic Church, is threatening the police officers in the region to unravel the killers of Albert Donkor else they are going to incur his bloody wrath. A Catholic Church Rev father, who is a Christian, has threatened to curse the entire police administration in the area with the spirit of a lesser god if they remain adamant in finding out those who caused the death of the youth activist in the community.

According to the Rev. Father, he is ever ready to call upon a certain deity he knows that can avenge for brutal murder of the young man from the area which community members suspected to have been triggered by the police officers in the district.

The death of Albert Donkor, has sparked a lot of controversies being laid at the neck of the police officers who are mandated by law to enforce laws and provide security to the citizens but rather the police officers turned out to be murderers killing innocent people thereby cutting their lives short.

The threat of the Catholic Church Rev father, has beaten the imaginations of all because, a true Christian does not believe in the unclean spirit like the spirit of gods or deities but the priest has stated that he is willing to invoke a spirit which has nothing to do with Christianity.

This calls for discernment on the kind of people who are parading themselves as chosen vessels of God but denying the power thereof. We are waiting to hear from the Catholic Church in general to see if it would disassociate itself from the Rev. Father who is planning to call upon a deity to demand for the murder of Albert Donkor or the church is going to stand by the Rev. Father.

Many have raised some issues that, Catholic Church believes in other spirits apart from the Holy Spirit and that is the main reason why they believe in an idol worship. A Christian telling a whole police administration that he is going to invoke the spirit of a god clearly tells you that, the manifestation of the secret cult being practised by such elements.