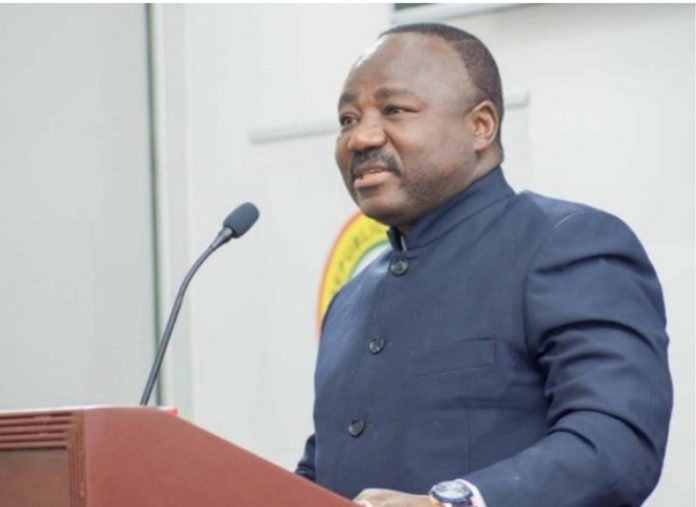 The massive corruption scandal that had shaken the nerves of Ghana involving the former boss of public procurement authority, has taken a new twist as all the secret frozen he had, had been used without the knowledge of the police officers.

The bank accounts of Adjenim Bosteng Adjei, had been frozen to prevent him from withdrawing money from the accounts but how he was able to siphon every deposited penny in those banks, leaves many dumbfounded. He has been charged with 17 counts of charges of causing financial loss to the state of Ghana, perjury, stealing, defrauding by false pretenses and many others.

The special prosecutor, Kissi Agyebeng, in a press release, confirmed all the 17 charges he leveled against the former boss of the Public Procurement Authority boss, Adjenim Boateng Adjei. He is expected in the coming days to face the full strength of the laws of Ghana as countless evidences have been established against his person, detailing blow by blow accounts of how he was able to sell voluminous contracts under his tenure without recourse to the stipulated laid down procedures.

Incontestable proofs have been gathering about his charges that the special prosecutor has preferred against his person sending his fallous also into the freezer. Since the public announcements of his corruption charges leveled against him, his anus has been shivering causing fear and panic within his family. Many are wondering how such powerful individuals entrusted with the authorities of the state would be engaged in such criminal activists without listening to their conscience.

Ghana is a Christian nation but the rate at which stealing, criminal activities and killing people are on the rise, it is clear that people do not have any fear for God and humanity but rather, they are doing their own thing while claiming to be true followers of the Supreme God.

People have been caught stealing and diverting huge colossal amounts of money belonging to the state but they were left out of the hook; motivating others also to do same with an impunity. Adjenim Boateng Adjei, the public procurement authority boss, is expected to appear in court very soon to defend and explain why he must not be jailed or prosecuted to serve as a deterrent to others.