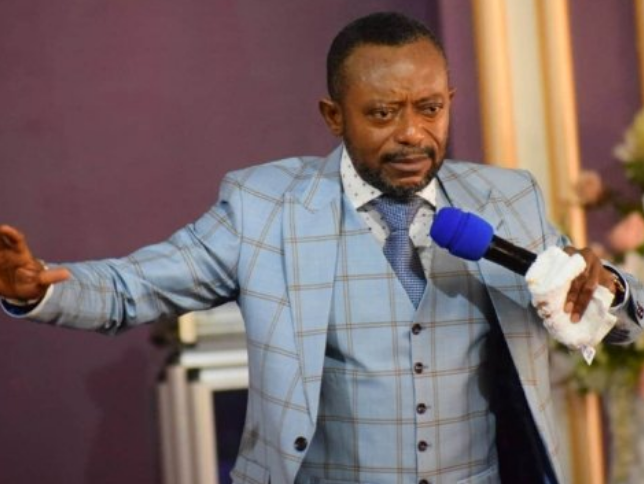 A controversial preacher, Reverend Isaac Owusu Bempah, Head Pastor of the Glorious Word Power Ministries International, is said to have been hospitalized at the Police Hospital in Accra, a few hours after he and four others were denied bail and remanded for a week by a Circuit Court in Accra.

READ ALSO: Owusu Bempah, 3 others to be put before Court for allegedly attacking police officers

A source at the Police Hospital confirmed the latest development to Citi News.

The popular Reverend Minister, who boasts of his strong relationship with men and women in high places of power in Ghana including the President of the Republic, was charged with offensive conduct conducive to breach of peace, the threat of death, and assault of office public officers.

He and four others were remanded into police custody to reappear on Monday, September 20, 2021, after they spent a day in cells on Sunday.

The Judge, Afia Owusuaa Appiah, said this will allow the police more time to carry out further investigation.

Earlier in court, there was drama when Reverend Isaac Owusu Bempah arrived for the hearing.

Some of his church members who accompanied him tried to stop journalists from filming his arrival.

Using insults and jostling, they tried to disperse the media outside the court.

They also tried to stop the media from entering the courtroom, which sparked a confrontation.

Police officers at the premises subsequently denied journalists access into the courtroom.

Why was he arrested?
Reverend Isaac Owusu Bempah and three others were arrested for the creation and circulation of multiple videos containing threats, and the brandishing of a weapon, and the assault of some police personnel.

The police say they arrested the suspects “after critically analyzing the said videos and based on intelligence gathered”.

In the meantime, two other suspects are said to be on the run and are being pursued.

The injured police personnel have also received medical treatment, according to a police statement.