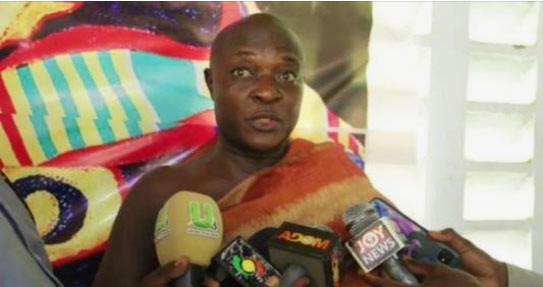 The Krobo constituency and its dwellers, had been in the news for the past one month for only the wrong reasons emanating from the chaos and insurrection that rocked their commotions

in between the officers of the Electricity Company of Ghana, the ECG and residents due to the disconnection of them from the national grid after they were accused of attacking and beating the officers in the community.

But finally, it has been announced by the traditional authorities in the entire constituency that it is high time that they ceased fire so as to smoke the peace pipe in reconciliating with those affected in the previous absurd misunderstanding.

According to the Krobo Traditional Council, as the chief and people of the community gear up to celebrate their much talked about festival, the Ngmayem Festival, it is the only avenue available for them to use so that they could restore peace and harmony between the officers of the Electricity Company of Ghana and the constituents in general.

In a release expressed by the public relations officer of the Krobo Traditional Council, Nene Asada Ahor, who doubles as a chief in the community, the council has taken the bold and audacious stance this time around that, as they are preparing fervently to celebrate their annual festival called Ngmayem, they would like to use the occasion to reconcile for peace between the workers and their officials of ECG and the residents of the Krobo Municipality as a whole.

According to him, since peace promotes and enhances intellectual capacity development and stability, the onus lies on they the authorities to make sure there is an absolute peace and security in the whole community.

Due to the continuous threats and bearings meted out to the officials of ECG in the area, they appealed for an urgent military reinforcement to be presence in the community so as to provide security for the ECG workers but according to some eyewitnesses, the military forces in the community, have been paying the residents in their own coins by slapping and torturing them severely during which many of the constituents were harmed and maimed with multiple counts of assaults and batteries on their body parts.

But finally, orderliness is being brought into the entire community as a result of their upcoming Ngmayem festival which is going to be used as a conduit for peace and reconciliation between the people and ECG workers.