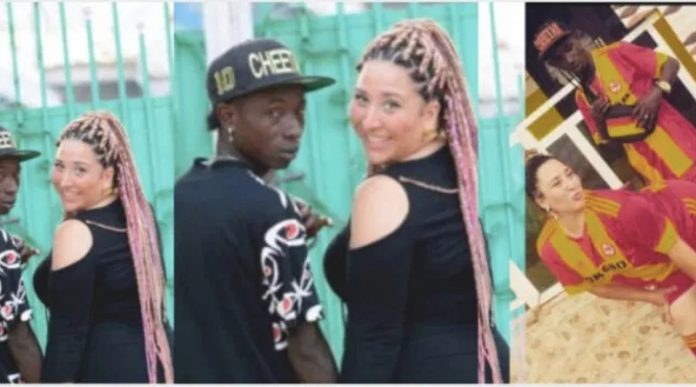 We’ve learned that Ghanaian musician Patapaa and his wife have divorced, as evidenced by information arriving at our front desk.

Justice Amoah, better known in the entertainment world as Patapaa, married German Liha Miller, who was born in Turkey, in 2021.

According to reports, the couple split just over a year after their lavish wedding ceremony.

Patapaa met Liha Miller for the first time in Germany while on tour in Europe in 2019. Both of them quickly became good friends.

The woman travelled to be with him for the Christmas holiday in December of 2019, during which they pushed their relationship to the next level.

They had their wedding ceremony on the first of the new year, 2021, in Patapaa’s hometown of Agona Swedru.

The sad reality is that what was once a wonderful love tale has now come to an end.