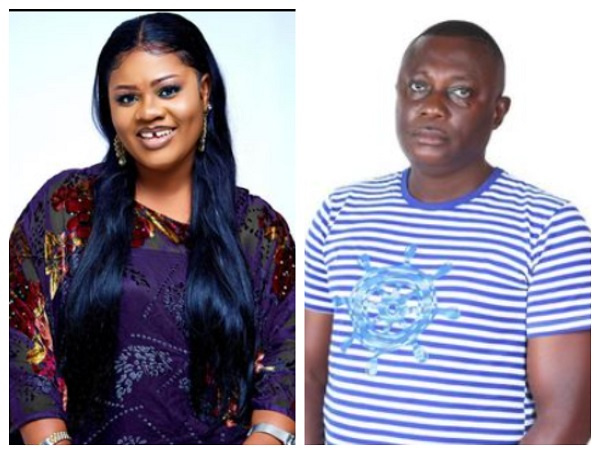 The embattled husband of the gospel singer, Obaapa Christy, has descended heavily on the woman to disclose to him the whereabouts of their child.

Pastor Love, the ex-husband of Christiana Love, is alleging that the gospel sensation, has restricted him from having access to his daughter after taking the girl out of the shores of Ghana when the child was just barely two years when she left the country with the daughter to Germany.

Now, the issue of the father who is no longer in the family union between him and the wife, Madam Christie, is claiming that the woman does not want to allow him to see their biological daughter who she traveled with to Germany and now that the girl turns fourteen years but yet still, the singer Obaapa Christy is not willing to permit him set his eyes on their daughter.

The marriage of Obaapa Christy suffered a whole lot of turbulent moments and challenges due to some kind of misunderstandings between her and the husband when they were both consenting after they did tie the knot happily.

Countless allegations against each other after the marriage where some sort of unprintable words were used on each other when one side of the divide intended to file for a divorce because of suspicious activities been engaged in by the other.

In a relationship that is expected to last long without conflict and infidelity, married couples must always be guided by the principle of not exposing the privacy of each other because it is assumed that both of you must live together as a husband and a wife due to the secret moments both of you would share and have together but, many marriage unions in this contemporary world we are living in today, the people who are engaged in such habits, expose the privacy of their partners the moment they are not willing and interested in the relationship with you again, and such an awkward attitude, does not speak well of you the individual who is charging that unsubstantiated claim against the other fellow who you previously conjugated with but due to certain strange circumstances beyond comprehension, you have decided and planned to jilt the other partner thereby trying to paint his or her lifestyle and imagine black.

It is not clear if the child on whose head both separated partners are throwing jabs and salvoes at each other, is actually in the country at the moment of schooling or if she is out of the jurisdiction of the country.

Many people are wondering how two individuals who are calling themselves a gospel singer and a man of God, would bypass their various church denominations whereby running around and coming back and forth on radio stations and television channels just to settle their marital issues and challenges.

Anytime the man himself comes on air to level up any claim against the privacy of the woman, she would also be at somewhere else unthinkable doing the dirty works against her former loving bird.

It must be noted with all strictness that, such behaviors and conducts do not reflect the true identity of Christian values and principles on the lifestyle both people who claimed to love each other from the very beginning on the day of the wedding, are currently exhibiting in the full glare of the public but it would be most appropriate if or when they are called to order by their respective church denominations.