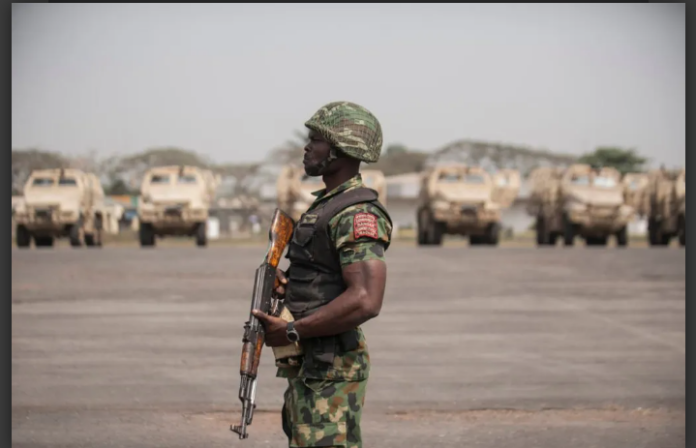 News circulating widely on twitter has it that a soldier has allegedly killed his girlfriend and the reason for his heinous action is ridiculous.

He wrote; ”Dude sponsored her through school, leaving her with his credit cards to live in luxury and meeting her every demand 9while ignoring his siblings and parents) with the intention of marry her – believing she is a virgin. Lady said she is no longer marry him and he killed her. I’m not allowed to post the picture but he sprayed her bullets.