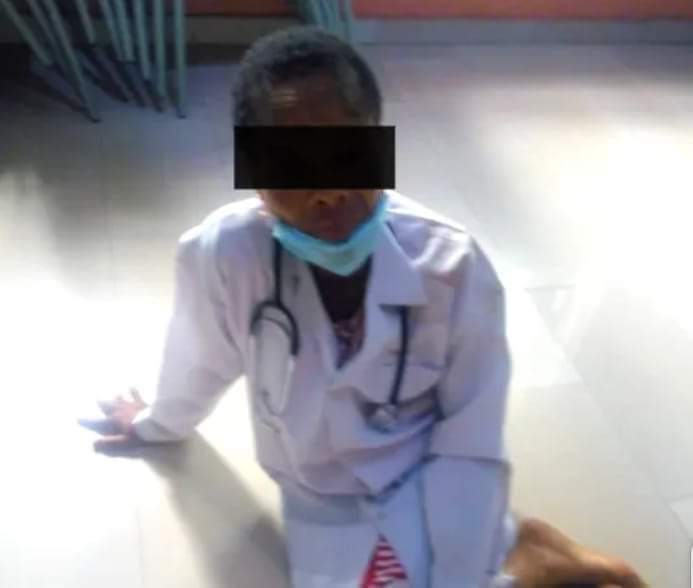 The fake medical doctor was arrested by Anti-Medical Quackery Committee of the Nigeria Medical Association(NMA), Ebonyi state chapter following a tip-off and handed the suspect over to the police for investigation.

The Chairman of the committee, Dr. Nweze J.D Nweze made this known via his social account on the arrest and alerted the public to be wary of such unscrupulous elements roving in the state.

The post reads “another super quack parading as a medical doctor, Dr. Loveline Chikwado, operating along convent road area, caught today responsible for the death of many innocent Nigerians including the one of this morning.

The alleged quack doctor was said to have treated some children who died in the process of their treatments.