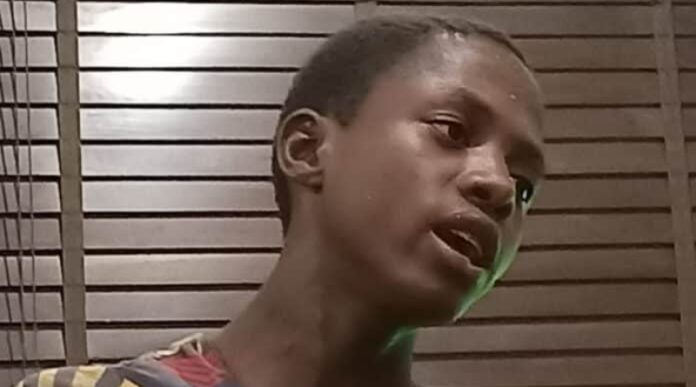 In Nigeria’s Kwara state, police have a young man with a lionheart under arrest for reportedly kidnapping his father and demanding N2.5 million in ransom.

Issa Naigheti was captured by Kwara police command officers working with the anti-kidnapping unit in the Kambi neighborhood of Ilorin.

The suspect admitted to the crime while being questioned, according to the command’s spokeswoman, Ajayi Okasanmi.

Okasanmi said “the suspect confessed to having conspired with two others to kidnap his father, Bature Naigboho in Igboho/Igbeti area of Oyo State and collected N2.5m ransom”

He further revealed that the case would be transferred to Oyo State, which is where the crime took place.

His age is immediately unknown.