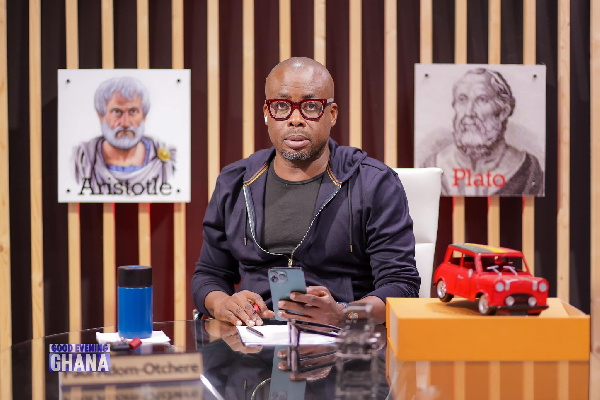 The Member of Parliament on the ticket of the main opposition political party the National Democratic Congress, has launched a scathing attack on the host of Good Evening Ghana, on Metro Tv, Paul Adom Okyere for undermining and belittling his academic intelligence about how he does his things whenever he appears on the airwaves.

The member of Parliament for Tamale Central, Hon. Murtala Mohammed has been very controversial about how he comes into the news nowadays because he only appears from nowhere known to anybody and unleashes his anger on any individual he considers to be working against what he thinks must not be the issue. Paul Adom Okyere is an individual journalist who uses his political talk show to castigate and vilify respected noble statesmen and women in the country most especially those who have lost their firm grip on the state security apparatus due to political reasons as a change of government demanded so in the history of Ghanaian political party system and practices.

The same Tamale Central Member of Parliament alleged last few weeks that, he had credible information communicated to him that the leadership of the New Patriotic Party, sent a delegation to go to the United States of America, to secretly rob their heads together with the previously dismissed minister of gender and social protection, Hon. Sarah Adwoa Safo in her private chamber not to issue any public utterances about matters about her sacking from office as the minister of gender and social protection by the president Nana Addo Dankwa Akufo Addo who intentionally took such a very unpleasant decision against her after she journeyed out of the jurisdiction of Ghana to cool off in that country.

Since then, nothing has been heard from the leadership of the governing New Patriotic Party hierarchy though the rumor was lingering around that truly they planned and transported by air with taxpayers’ money, a large number of their staunch loyalists in the party to meet the dismissed minister of gender and social protection personally and iron out her differences amicable so that the anus of certain individuals would not be exposed into the eyes of the general public.

Though the president is yet to appoint a substantive replacement for Hon. Sarah Adwoa Safo, the rumor going through the nerves of many Ghanaians is that her deputy is likely to replace her as the substantive minister of state in charge of the gender and social protection ministry subject to approval by the Parliament of the Republic of Ghana.

There have been internal wranglings between the camp of the sacked minister of gender and social protection who doubles as the member of Parliament for Dome Kwabenya in the Greater Accra Region after they learned of her sad and draconian dismissal which does not augur well for a united force against their main opposition political parties that are looking for only portholes and loopholes at the party structuring level to winning political power in the upcoming general elections when the tenure of Nana Addo Dankwa Akufo Addo elapses.