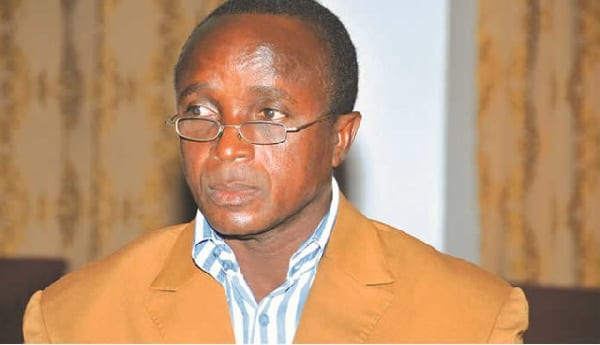 The former Chief Executive Officer, of the defunct Ghana Youth Employment and Entrepreneurial Development Agency, GYEEDA, Abuga Pele, has opened up since his alleged involvement in causing financial loss to the state in matters relating to the rots uncovered by Manasseh Azure Awuni, who first blew the whistle on the fishy deals done in that public institution with criminal activities just to amass wealth for themselves while parading same as genuine and trusted public servants.

According to Abuga Pele, whose tenure under which conditions of service for some employees were cloned by certain unknown individuals working in the sector which compelled the private investigator to verify the truth or other words of the case, revealed massive clandestine pilfering activities were ongoing at the institution where contracts were sold with the high quantum of money for the parochial interest of some people working at the Ghana Youth Employment and Entrepreneurial Development Agency, and thus after further and better details were exposed throwing lights on the darkened activities of some faceless characters in that office, conservatively, led to the arrest and prosecution of the top hierarchy in charge of the institution which was mandated to provide job opportunities to the teeming youth in Ghana with the requisite documents and educational qualifications but rather, even the jobs were been sold out to those who were desperately searching for the opportunities.

And after the jobs were sold out to the individual members in need of same after collecting exponential amounts of money from them, they were warned not to disclose the deals between them and the GYEEDA authorities else they would be preaching the contractual agreement and terms of reference which could lead to the criminality of other people involved in the case.

Because of the numerous infractions coming from office of Abuga Pele and co’ about how converted things were secretly done under strict compliances without recourse to the laid down procedures but rather monetary enticements, Manasseh Azure Awuni, took it upon himself as a Patriotic citizen of Ghana and carefully investigated the matter and subsequently, brought out the details of his sole singlehandedly report, to the attention and perusal of the general public for scrutiny and vetting of their own assessment concerning the criminal conducts of public officers instructed to support the needs and demands of their teeming masses in the country, were blatantly, taking advantages of the people whereby, extorting huge colossal amount of money from them before their job requests were granted in some instances causing public uproar and anger here and there in which some people even vowed never to sacrifice for this debilitating Ghana where it is only the leadership at the top enjoying with their wives and children leaving the majority behind to fend for themselves as citizens of the nation.

It was a creditable investigative journalism craftily undertaken by Manasseh Azure Awuni just to save and deliver the suffering masses and to saving money for the country by helping to obstruct the secret deals that were been carried out in the office funded by the resources of the country, Ghana after which Abuga Pele and several others were assigned under the erstwhile administration of the National Democratic Congress during which the revealing expose echoed in every part and parcel of this entire nation reaching out to the world as a whole through the social media channels by various Ghanaian media houses as a way of exposing and blowing whistle over corruption-related cases under President John Dramani Mahama and his National Democratic Congress, as a political party and the institution running the affairs of the nation before such nation-wrecking behaviours were ongoing with an impunity because they were alleged to be condoning and conniving criminal conducts due to the kinds of people incriminated in the publication of those misconducts engaged in by government officials who aligned themselves with the government at the time just to evade prosecution and public ridicule.

The massive clandestine pilfering activities that were ongoing before the expos’e of Manasseh Azure Awuni, saved a gargantuan quantum of money for the country from the filthy undertakings of people trusted with public resources where even funds meant for some selected projects were diverting to private businesses and accounts, he did not receive a penny from any government let alone be any public appointee but the punishment he received now, it is when he came up against this current administration to prevent the same corruption-related cases from happening again as he previously had done, this very government and its political appointees are up in arms against him calling for his head after he exposed beyond description, a large quantum of money meant for national projects had been completely diverted into the private accounts of people in the government of the present president, Nana Addo Dankwa Akufo Addo.

Manasseh Azure Awuni, recently revealed that there were various assassination attempt cases in his life where government appointees began threatening him with death and mayhems and by an extension, many of those threats happened in their real life but he graciously escaped them all because he is always right with God.