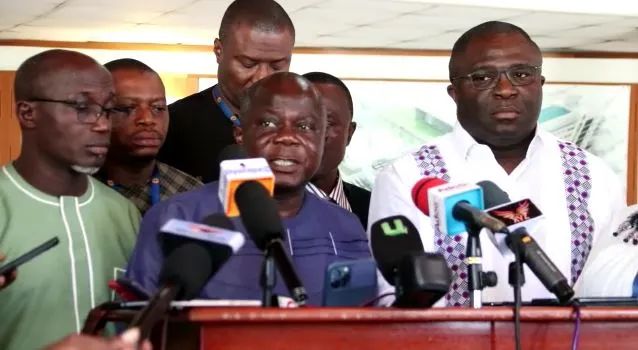 The members of Parliament coming from the Ashanti Region of the Republic of Ghana, are joining their hands unanimously, to demand an unqualified apology from the youth in the Suame area, who planned intentionally and launched a spirited defense of their actions embarked upon against their member of Parliament for neglecting the constituency and the youth in the community as a whole while remains in the national capital enjoying his life but giving excuses that, national assignments were preventing and hindering him from coming to the community to attend to their needs.

For the past three weeks, the youth in the Ashanti region, most especially, those at Suame, were at loggerheads with their member of Parliament, Osei Kyei Mensah Bonsu, who they accused of doing nothing since he became the member of Parliament for that area describing him as an incompetent and inefficient leader who rides on the back of a horse even when he is going to the washroom.

They have by that means, revealed their real motives behind what they were insinuating against their respected member of Parliament, who is also the majority leader in Parliament and the head of government business on the floor of the house whenever Parliament is in total session.

Unknown to the honourable member of Parliament for Suame, Osei Kyei Mensah Bonsu, the youth unexpectedly went on deadly rampage attacking the integrity and reputation of the renowned law maker when he paid a kind courtesy call on his constituents to ask of their well being but to the shock of his dear life, the youth with massive crowds stormed his convoy and launched spirited attacks on him and his vehicle causing fracas and commotions before things were brought under control some minutes later and it is on that very premise that, all the members of Parliament from the Ashanti region, are rallying behind their leader to demanding profound apology from the youth in that part of the country after they pounced on their lawmaker and stoned him and pestered the remaining ones at his private vehicles in which he was travelling when he finally decided to visit his hometown people to see things for himself on the ground because, he has been receiving persistent report that, there is no iota of development going on in his constituency, Suame, hence, the youth in the community are very apprehensive of his leadership and thus, he took it upon himself to calm down nerves and tempers but to the shock of his life, he witnessed the unexpected from his own people who voted for him massively to represent them in the Parliament of Ghana but, they have joined their hands against him by distancing themselves from his style of leadership; calling and casting innuendos on him that he has become persona non grata in the town due to his own high handedness, dictatorial and automatic leadership quality thus, they will deal with him where ever they find him in any part of the Ghana.

But it must be stated that how the youth in the area attached and hurled harmful objects against their lawmaker, is highly condemnable, punishable, and dangerously harrowing and every civilized individual must distance him or herself far from such uncultured swine and a bunch of savages so that they would not have throats to drink water into.

Though it was reported by several media houses that, Hon. Osei Kyei Mensah Bonsu, had been pestered with stones and other deadly materials, he denied the report describing it as false, just to cover his credibility and the image of his constituents but his people that he has been protecting so that the world would not hear of their repugnant and repressive conducts, they rather came up against him and fought him with harmful substances that they could lay their hands upon whilst, they succeeded in doing so because it is something that they machinated against him as an individual.