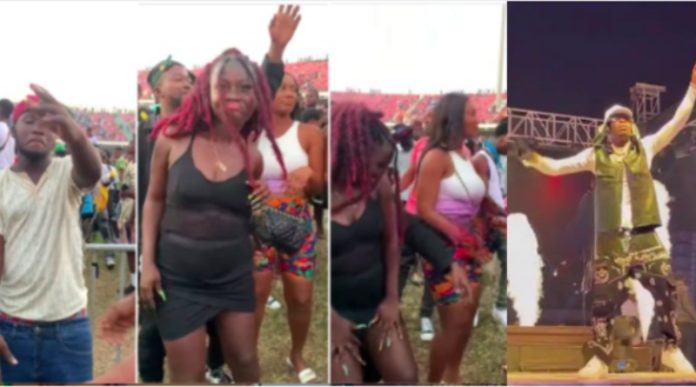 Everyone could clearly witness the Shatta Movement’s committed supporters’ street authority and loyalty to their ruler.

The performance was dominated, as usual, by street performers. Rumor has it that the Freedom Wave Concert went on all night long and ended at seven in the morning.

Some of them might be seen dancing in an inebriated mood to keep the male guests entertained in viral footage.

In terms of attendance, Shatta Wale’s Freedom Wave Concert has been the most successful one of the holiday seasons thus far. He has succeeded where Wizkid failed.

Performers ranged from Wendy Shay and Medikal to Edem, Kofi Kinaata, and Keche.