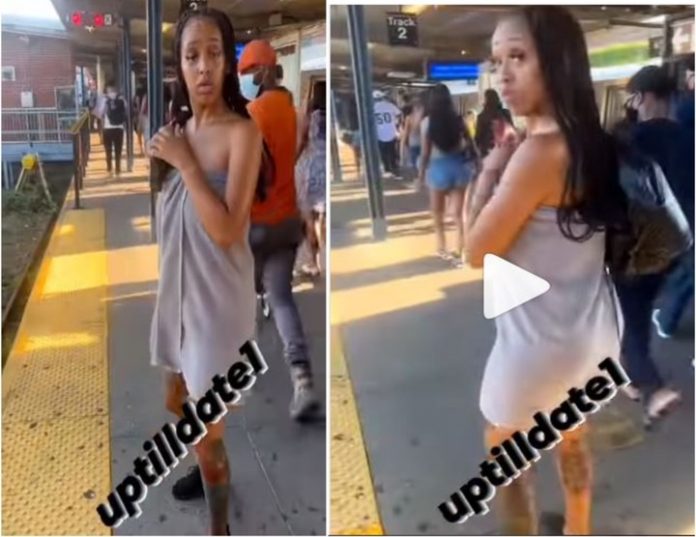 A broken heart is one of the most painful things in this world. It can make a person do the unthinkable even in a public place.

A young lady probably between the ages of 25 and 35 years has been recorded on camera having a strange outfit at a train station and many social media users after coming across this couldn’t keep mute over it.

If you watch the video carefully, you can see that this lady is holding her small bag with her clothes inside. She was seen not wearing any clothes just a towel covering her nakedness.

This was strange to a guy at the bus station so he asked her, “What happened?”. The young Lady replied to him saying, “My boyfriend broke up with me and sack me from his house. He said he doesn’t need me anymore”.

The young man said to her, “You are too pretty to be sacked from your boyfriend’s house”. This gave the woman some kind of affection again so she asked the guy whether she can come and stay with him. The young man said that he already has a girlfriend.