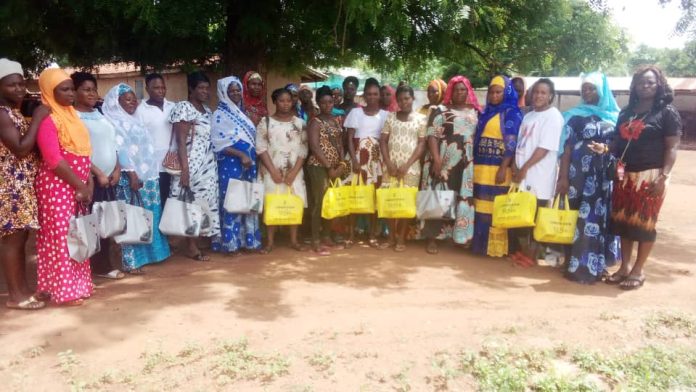 More than hundred residents of Oti region, have undergone a rigorous training in soap, pastries and others to help aid them in securing their likelihood.

The programme was held under the auspices of a non governmental organisation called Women Empowerment Development which sought to alleviating the plight of the current economic hardship of families in the region most especially, our mothers whose source of financial income is a mystery to unravel.

The NGO has taken the initiative to train such women so that they could at least in one breathe, realise their worth in society thereby, reducing greatly how they used to depend on their husbands for support.

According to the Women Empowerment Development, those of them at the helm of affairs have taken the bold step to educate their young women on some of the other avenues available through which they could make gains and remain reproductive in life.

They stated that, they have been studying the trend where financial difficulties in the region has been a bone of contention in many families and other jurisdictions and it is their conclusion that if such people could have something meaningful engaged in, they will not have the laxity to involve themselves in such unreproductive adventures which at the end of the day, brings nothing profitable home except, conflict and economic hardship.

The NGO identified that, individuals in the region including the up and coming female children, find it difficult in having access to financial capital which they may use to venture into some sort of lucrative business or any other useful adventure, due to lack of support from the other people they may be relying on for such supports and in the process; if their demands are not met, then they end up being used, molested and abused by some suspecting men whose ambition is to taking advantages of the vulnerable female children in the region just to satisfy their heart desires.

On the part of the women who had the opportunity to undergo such a life changing training, they were very grateful to the organisers for taking time off their busy schedules by considering them they also exist in the region and by an extension, afforded them the change to have a feel of what could put food on their table apart from what they were previously engaged in.