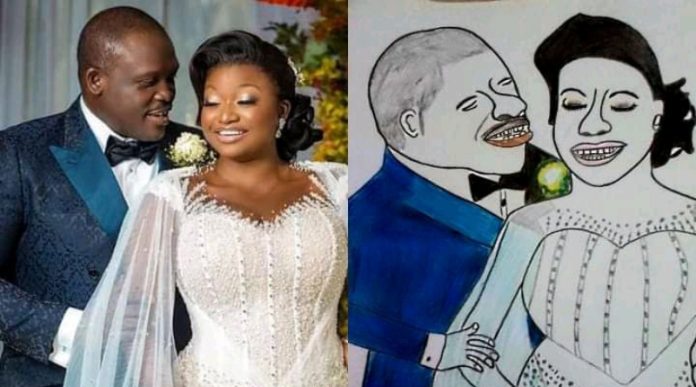 The member of parliament for Ningo Prampram constituency, Honorable Sam Nartey George has reacted to a trending picture of himself and his wife on social media.

The picture shows a sketched image of Sam George and his wife, Vera in their just ended 10th Anniversary of their marriage.

The artist of this picture is Ademola Kojo. He has been making similar funny posts about several celebrities and politicians. His aim is to make fun of it and gain attention on it.

“Dear Dr Omane Boamah, your protégé has declared war! This must lead to a declaration of wanted, dead or alive, by the Stubborn Academy! You can’t do this in Ojuelegba” he said. 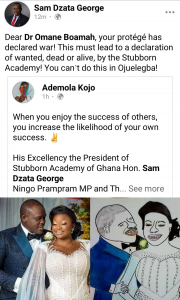