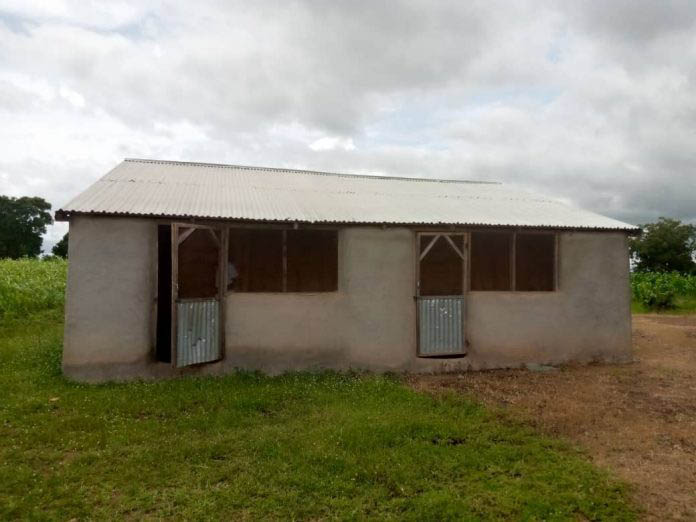 A 2-room structure built by community members to serve as a maternity block in the Dabilla in the Garu District of Upper East Region is in need of logistics to serve its purpose.

The community members have had to put up their own makeshift structure to serve their maternity needs because until June 2021 the Dabilla Community Health and Planning Services (CHPS) compound did not have a midwife.

READ MORE: Ministry of Health to respond to allegations of buying of overpriced vaccines

This was a problem for both the pregnant women who had to travel to distant facilities and the Dabilla CHPS Compound that lost revenue as a result.

After putting up the two rooms, the community members have not been able to procure the needed medical logistics; beds, delivery set, incinerator, delivery beds, bedsheets and others, to make the structure operational. While they are looking for support to complete it for use, termites have taken advantage of the situation and are feeding on the windows and doors.

Support from benevolent individuals and groups will go a long way to help the community find an interim solution for themselves.

Meanwhile, the Dabilla CHPS also needs special attention because of bats infestation which makes the facility uncomfortable to stay and work in due to stench.

About the Dabila CHPS Compound

Dabilla Community Health and Planning Services (CHPS) compound is a primary health facility located in a community called Bugwea in the Garu District of Upper East Region of Ghana. Bugwea literally means “neglected Gods” in the Kusal language. Dabila CHPS was carved out of the then Denugu sub-district in line with the alignment of the electoral area initially as an outreach point in the year 2013 and later had a structure built by the District Assembly in collaboration with the District Health Directorate in the year 2017-2018 under Kpatia Sub-district.

Dabilla CHPS is named after the Bugwea market. It has a staff strength of five, comprising 2 community health nurses, 2 Enrolled nurses and a midwife. It serves five communities namely Bugwea, Dabilla, Kupiella, Sealteng and Janateng with an approximate total population of four thousand, four hundred and twenty (4,420). Out of this the women in fertility age is estimated to be 1,061 and expected delivery of 176 a year.