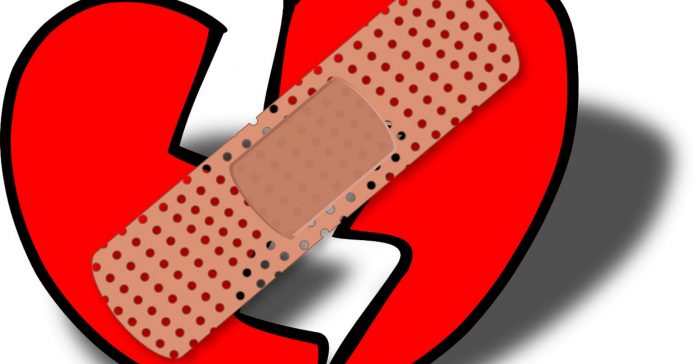 Nowadays, many partners are no longer faithful and committed to their relationships on accounts of flimsy excuses, different forms of reasons could be attributed to such conduct either coming from the males or the females as a result of their inability to be dedicated to their romantic relationship to complementing the efforts of one another for peaceful co-existence but how about if one party does not commit him or herself wholeheartedly in the relationship?

That is where exactly, suspicion would then emancipate from because they are both parties and thus, they are all beneficiaries of the relationship no matter what transpires.

Cases of infidelity had been reported against certain prominent individuals who tied the knot but nothing significant is happening or is being seen in their marriages as a bit to motivate others to believe oh yes, marriage is a beautiful thing therefore, let us also brainstorm and follow suit, the path of those who are currently ahead of us in relationships but no, our relationships these days, have been filled with jealousy and misunderstanding between all the parties involved because of this contemporary world due to the adaptations of the Western World culture which may not necessarily but precisely what we want here in our African soil.

Falling in love with the wrong person is the same as drinking or consuming a slow poison that will be killing you gradually and you will be inching closer to your grave leading behind the juicy experiences and spectacles of this wonderful world and life.

Broken heart and dumpling of partners have reared their ugly heads these days more than expected and we must make sure we deal decisively with such psychological effects of what such individual activities and actions will bring to the mindsets of the people involved as victims because anyone who breaks up with you after being in the relationship for a while, it is something that has been well planned and carried out by that very fellow.

Well, let us all be very careful of those we mingle with just in the name of love which to some eyewitnesses, it is just an infatuation coupled with sexual lust and not a genuine love that the people of ancient times practiced which no relationship of today could match up with.

You may perhaps be planning to marry someone who you think you love wholeheartedly but what about if your parents do not agree with such a person?

Do you kill them so that you have your way out? That does not solve or rectify the problem in your relationship but rather, you people come together as a united force because a united minority, will always crush a divided majority therefore, without coming together, the problem of internal wranglings will persist causing psychological traumatic experiences to the parties affected as a result of someone disagreement with your choice of a life partner.

Killing your father because he does not accept your partner, amounts to patricide, whilst killing your mother due to disagreement also, cause matricide, even if the family members do not accept that every person you have chosen too and you intentionally take their lives to have your way, such an act also amounts to genocide so just imagine where you are heading to!

After all, those gory and ghastly acts that you have embarked upon, you may finally plan to take your own life and if you do, it is suicide and all the sweetness of this precious life will elude you big time therefore, my brothers and sisters, let us be mindful of our actions when we are in relationships because anything that happens, greatly affects our thinking faculties due to the sensitive nature of the matter.

Do not have grudges against your partner but open up to him or her not forgetting your religion and spirituality because they have a very strong foundation in building or breaking down our marriage rites and relationships.

Every action you take, must be scripturally based and not centered on the things of this world. Being devoted to your religious beliefs and practices and your object of worship will surely sail you through. Grace glory and praise to the Highest God at the end of it all when everything appears exactly the way you envisaged it from the very beginning.

Be consistent and fervent in worship and prayer because, the battle we fight, is not physical but rather, spiritual; for we fight not against flesh and blood but principalities and powers under dark places of this contemporary world whose activities always try to hinder us from prosperities and developments the moment we denounce their evil acts and shunning them down and away from our lives by bowing down to the glory and image of our Lord God, who is greater than all other gods of this earth.

Go for the glory, go for gold.