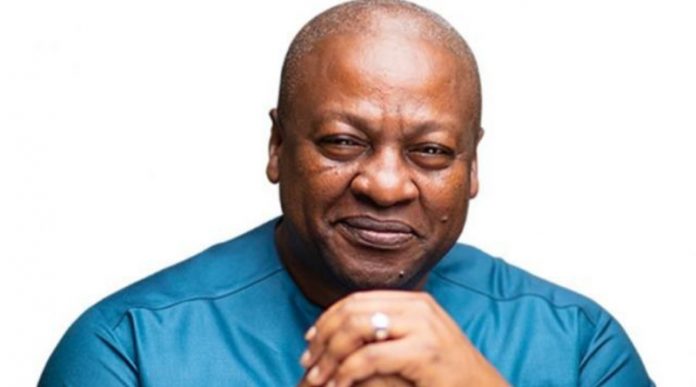 The majority of Ghanaians have spoken out against the ruling government as a result of the current economic difficulties.

Ghanaians claim Nana Addo misused the money he was supposed to use to build better infrastructure and stabilize the country’s economy for its people.

Well, some Ghanaians responded to a Metro TV story on the country’s GDP being downgraded by Global Ratings. Ghanaians claim Mahama’s responses to the post don’t signal he has won the 2024 election because the last days are always precarious and he should start making amends to prevent suffering yet another crushing defeat.

Read a few of the responses;

Does the government construct every piece of infrastructure required in a developing nation? He has made a few. Do your part, then go on. The lack of infrastructure in Ghana would not be fixed under your rule. It’s not a good idea to use that sweeping phrase that you use all the time. It related to how he performed in comparison to other people. Infrastructure is a broad term, and not all infrastructure is unprecedented.

Wake up, young people: NPP and NDC are the same.

Nana and Mahama are two agitators who believe that the nation is their playground for their illogical political game.

Consider this remark carefully. It has been a while since we have witnessed effective administration.

Good points, Mr. President. The management staff of the stable economy has disintegrated in the red sea. Someone like you is needed to come and make things right for us. We know you can do it again because you’ve done it before. #jdmfor2024

The question is, how will he be any different from when he previously let us down as president?

And when you tell them this, they claim you’re trying to topple his administration, therefore for him, it’s better to ruin the nation than to topple the government of his family and friends.

I asserted that the prophet had spoken without interruption once more.

No one in Ghana has any sense but NPP MEMBERS; since they are the only sane individuals in the nation, let them exchange their own filthy shirts. 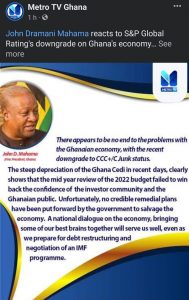 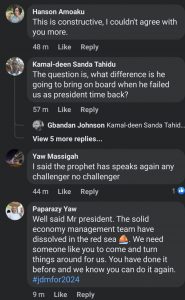