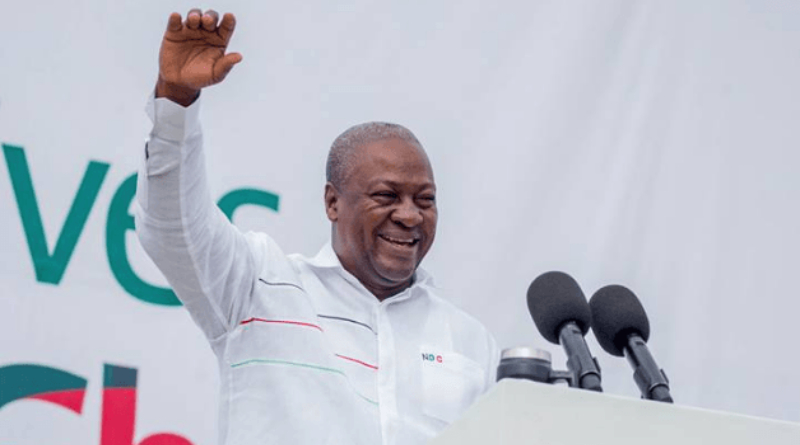 The former President, John Mahama is currently in the United States. Yesterday, he met with some Ghanaians at Bentley University.

John Mahama paid tribute to the NDC faithful who thronged the venue and thanked them for choosing to come from various parts of the country, especially those from Texas, Alabama, Arizona and Minnesota.

John Mahama recounted the events of the 2 past elections. He noted that the 2016 one was the biggest scam of the country. He noted that based on all the promises made by the ruling government they have failed bitterly. He also cited the 2020 elections where he mentioned that the election was won with violence from armed groups in some government institution.

John Mahama interestingly mentioned that when he said posterity will judge the NPP he thought maybe it will happen long afterwards. He noted that because God is a fast God he is judging the NPP now. “God has gone digital so he is serving the NPP fast and hot” Mahama said. He added that with technology, all can see what is happening in Ghana and how the government has bitterly failed to run the country.

Mahama explained that the NPP have come to destroy the strong economic foundation that he laid and this is not surprising because their symbol is an elephant which is destructive. He called on all the party faithful to be strong because victory is coming.